MySejahtera said it is in the process of reporting the fake SMS scam to MCMC. — AZHAR MAHFOF/The Star

PETALING JAYA: The Royal Malaysia Police (PDRM) has issued an alert on a phishing scam involving the MySejahtera app and the Touch 'n Go ewallet.

In a post on its Cyber Crime Alert Page, PDRM urged the public to beware of an SMS claiming that MySejahtera has credited Covid-19 financial assistance to their Touch 'n Go ewallet. They will be asked to click on a link taking them to a fake Touch 'n Go website.

PDRM explained that users will then be required to key in their phone number and account PIN number on the fake website, which could lead to their personal details being exposed to scammers.

Members of the public have been urged not to open links provided by unknown numbers and to verify any SMSes with the relevant party.

MySejahtera in a separate posting on Twitter also said that it has not sent out any SMSes related to financial assistance to members of the public.

The issue came to light after a person on Twitter claimed to have received an SMS from sender "GOV", detailing how RM800 has been credited the person's ewallet as part of a Covid-19 special financial assistance scheme. A link to a fake Touch 'n Go website was also included in the SMS.

MySejahtera has also responded to the user saying that the SMS is fake and that it is in the process of reporting the matter to the Malaysian Communications and Multimedia Commission (MCMC). The user was asked to ignore the fake SMS. 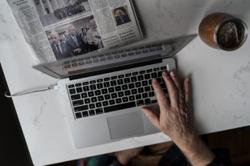