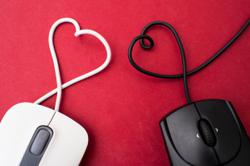 MyCert stated that the impact of the scams on victims include massive financial loss and the risk of having their confidential details stolen to be used for other malicious activities. — Using phone photo created by Dragana_Gordic - www.freepik.com

The Malaysia Computer Emergency Response Team (MyCert) has issued an alert on fraudsters impersonating Shopee employees to scam unsuspecting victims out of both their money and personal data.

The alert comes after MyCert said that it has received several reports from Internet users in Malaysia regarding the scams.

It explained that scammers will contact potential victims through platforms such as WhatsApp claiming to offer job opportunities, cash rewards and lucky draw prizes.

Shopee stated that it has not recruited any individuals to offer employment opportunities via messaging platforms. In its online safety tips announcement, Shopee explained that scammers would approach users claiming to offer them a daily reward of RM100 to RM300 after completing certain tasks. They will then be added to another group chat featuring other users who may be colluding with the scammer.

Shopee explained that victims will be asked to make a payment as part of a feedback procedure to receive their reward. However, once the payment has been made, the scammer will become uncontactable.

The company also explained that contests such Lucky Draws and Tap & Win will only be hosted on its official app, social media pages and WhatsApp business account, adding that all accounts include the verified checkmark.

On Facebook, the group Shopee's Scammer Busters has over 57,000 members with some users sharing their experiences of being contacted by scammers claiming to represent Shopee. The scammers will tell potential victims that they can earn money by helping increase the number of views and likes on sellers' pages. Some users claimed that they have started trolling the scammers by providing fake information about themselves.

MyCert urged members of the public to be aware and recommended actions such as reaching out to the Royal Malaysia Police (PDRM) for more information or use the SemakMule platform to check if bank accounts or phone numbers have any links to commercial crimes.

It also said that members of the public can contact Shopee to verify employment offers or details about promotions and contests.

MyCert stated that the impact of the scams on victims include massive financial loss and the risk of having their confidential details stolen to be used for other malicious activities.

Fake job scams have cost victims in Malaysia losses amounting to RM4.6mil from 2019 to October 2021, according to a report by Harian Metro.

PDRM said it has received 225 reports about scammers impersonating both Shopee and Lazada, noting that cases were increasing at the time due to the movement control order. It added that scammers were targeting victims who needed money and may have been desperate due to a lack of job opportunities.

In Singapore, Channel News Asia reported that at least 11 victims were cheated of about S$53,000 (RM170,641) after participating in a job scam involving a fake mobile app called ‘Shopee Pay’, which is unrelated to Shopee. 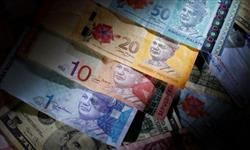