(Reuters) -Nvidia Corp said on Monday it expects second-quarter revenue to drop 19% from the prior quarter on weakness in its gaming business, sending the chip designer's shares down about 7% in premarket trading.

Concerns over inflation are spreading through the U.S. economy, as consumers weigh purchases of items such as laptops and video game consoles.

The company reported preliminary gaming revenue for the second quarter of $2.04 billion, down 44% sequentially.

Nvidia, which expects second-quarter revenue of about $6.70 billion compared with $8.10 billion forecast earlier, is scheduled to report results on Aug. 24.

(Reporting by Nivedita Balu in Bengaluru;Editing by Vinay Dwivedi) 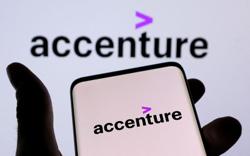