Sharing holiday pics of your kids online: The risks of ‘sharenting’ Countless photos of children, posted on social media, have ended up in the wrong hands. For this reason, all parents should know what can go wrong when sharing photos on platforms like WhatsApp, Facebook or Instagram. — dpa

BERLIN: It’s understandable that parents would want those back home to be able to see pictures of the kids splashing around in the pool or on the beach on a summer holidays.

However, online safety experts say posting photos of your kids in any state of undress on social media is an absolute no-go, even if it’s just intended for friends and family.

Cybercrime experts say publicly shared photos of children – even ones that might seem harmless – are being downloaded, shared and misused for sexual purposes.

And yet many parents are prone to what’s known as “sharenting” or what the Irish Society for the Prevention of Cruelty to Children describes as when parents “share vast amounts of information about their children online in the form of photos, videos or blogs”.

Quickly posting a photo you’ve taken can, as has been documented countless times in previous cases, lead to the child’s image falling into the wrong hands.

Beyond the need to protect the photos from misuse, children also have a right to decide what happens with their own image and parents should take their privacy into account, according to an online awareness campaign from the German Interior Ministry.

When deciding whether to publish photos, parents should involve their children. This means asking before photos are taken of them and shared on the Internet.

If parents do post photos of their children on social networks, they should only make them accessible to chosen groups or individuals. If you’re posting on social media, take the time to set your account or the post to private to prevent access by people you don’t know.

It’s also best to avoid adding clear location information or naming your child in posts. By sharing a photo showing the name of the hotel where you’re staying or a street sign, you could be helping criminals to get close to the child and pretend they are a relative.

Likewise, it’s advisable to deactivate metadata so that no additional information is transmitted with the pictures. Some modern smartphones will automatically strip the metadata from the photos before sharing. – dpa

What is the right age for a kid to get a cellphone? 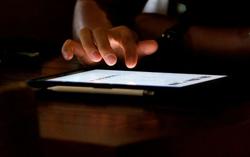 Google to build its first cloud region in Greece
Tech IPO market faces worst year since global financial crisis
Tesla’s AI Day offers a glimpse of just how sentient its bots have become
Metaverse: Now the perfume industry is getting in on the game
Trump nearly tweet-fired daughter Ivanka, Kushner from White House
Gamers to bid farewell to FIFA franchise after 30 years
China tests central bank digital currency use to settle trades via ‘bridge’ with partners including Hong Kong, Thailand and UAE
AI guru is helping retool popular Japanese snacks like Pocky
SG uni student took upskirt video of woman in toilet and then waited to apologise to her
TO FLIP OR TO FOLD, THAT’S THE QUESTION