In its report, WABetaInfo stated that over the years, a lot of users requested to be able to hide their online status. — Using phone photo created by Dragana_Gordic - www.freepik.com

WhatsApp is likely to be working on a feature that could hide online status on the application for Android, iOS, and desktop users, according to leaker site WABetaInfo. The new feature is expected to be released in due course.

After announcing that it is developing some major features such as the possibility of editing text messages, the company is now working on the ability to hide users’ online status for a future update of the app.

ALSO READ: This upcoming WhatsApp feature will completely change the way you chat

In its report, WABetaInfo stated that over the years, a lot of WhatsApp users requested the ability to hide their online status. There may be different reasons why people want to use WhatsApp in stealth mode: for example, some want to text without being disturbed by other people, or they feel stalked by someone.

“We know a lot of people want this feature, so we also created a concept to disable the online status last year, that’s a good way to share feedback with WhatsApp,” it said in the report.

Thus, after taking users feedback into consideration, WhatsApp is developing a feature that lets users choose who can see their online status when they open the app for sending messages or chatting, or updating their status.

It is expected that WhatsApp will add an option titled ‘Who can see when I’m online’ to the ‘Last seen and online’ section in the setting on the app.

WhatsApp last year started automatically hiding the Last Seen from contacts you had never chatted with before to prevent third-party apps from monitoring users’ Last Seen and Online status, the report stated.

WABetaInfo said that unfortunately, people that you’ve already chatted with could still see when you are online but thanks to the new privacy setting “who can see when I'm online”, they won’t be able to do it anymore. – Mint, New Delhi/Tribune News Service 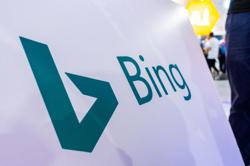 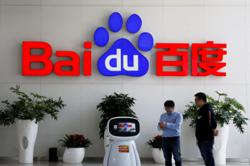 Study: Remote working has saved employees around the world an average of 72 minutes every day
Bring dead pixels back to life with this free piece of software
Ebay to lay off 500 employees
Factbox-How to get Microsoft's new AI-enhanced Bing
Hertz has fewer Teslas in its fleet than planned
Arm CEO says firm fully committed to a market listing this year
Disney investors await CEO Iger's revival plan with results on tap
Intel, ParkerVision settle chip patent lawsuit during Texas trial
Microsoft packs Bing search engine, Edge browser with AI in big challenge to Google
Zoom to shed about 1,300 jobs as pandemic-fueled demand slows