After lehighvalleylive.com reached out to the police department about the Facebook posts on Thursday, the June 17 post was edited with a longer explanation about what occurred and an apology was added. — Photo by Joshua Hoehne on Unsplash

It was a Facebook post like so many others that pop up every day, made by police departments in the Lehigh Valley and around the country.

On June 17, the Bethlehem Township Police Department posted photos of a man at a local Walmart and asked for the public’s help in identifying him.

“On June 11, 2022 around 9 pm the depicted male stole a wallet at Walmart, 3926 Nazareth Pike. The male was with two women, and all three left in a red vehicle,” the initial post said on the department’s page, which has 14,000 followers.

Those followers got to work, sharing, liking and commenting. Except, when police posted about the crime on June 17, it had been days since the man in the photos returned the clutch to its owner.

Ricardo De Jesus-Reyes told lehighvalleylive.com he was at work the morning of June 17 when he got a text message from his brother. He opened the message and saw himself in a screenshot of the police department’s Facebook post.

The Bethlehem man started thinking ahead that if he did get arrested, he wouldn’t have money for a lawyer. De Jesus-Reyes said he has post-traumatic stress disorder and anxiety, and both started to skyrocket as his thoughts bounced around the worse case scenarios.

“My whole world dropped, my whole world crumbled. I started panicking,” he said. “My heart is pounding because this is crazy to me. I’m at work, I’m hysterical. What the heck is going on?”

Asked about the incident and subsequent Facebook posts, township police Chief Gregory Gottschall said the owner of the wallet immediately reported it missing to the police, but did not report that it was returned.

“It was not our intent to falsely accuse him of anything,” the chief said. “You don’t want to come out and falsely accuse someone. We’re trying to fix that.”

On the night of June 11, De Jesus-Reyes went to the Walmart off of Route 191/Nazareth Pike with his fiancee and her sister, who was visiting from New York.

They were shopping when De Jesus-Reyes went to get a drink from the vending machines by the store’s entrance. When he got outside, De Jesus-Reyes saw what looked like a wallet on the bench.

“I look around, obviously you look around to see what’s going on, if anybody is walking away from it,” he said. There was no one else around.

De Jesus-Reyes bought a drink and saw people walking toward him, so stepped in front of the wallet. The couple continued walking by, he said.

“I thought to myself, ‘What should I do?” he said.

He decided to pick up the clutch and find the owner. Asked if he thought about taking the clutch inside the store, “At the end of the day, I don’t trust anybody,” De Jesus-Reyes said.

“I know if I grab that wallet, I’m going to take it to (the owner.) I don’t know what the next person is going to do. Why am I going to put my trust in somebody I don’t know, when I can trust myself?” he asked.

He didn’t go through the purse, but looked in a front pocket and found two cards with a name on them – a credit card and an Access card for state benefits like the Supplemental Nutrition Assistance Program.

De Jesus-Reyes looked on Facebook and didn’t see anyone with the name, but found the woman on Instagram.

“I know everybody and their mother has social media now,” he said.

In screenshots provided to lehighvalleylive.com, De Jesus-Reyes messaged the woman the night he found the clutch to say he found something that belonged to her. She did not respond, but he said he understood — it was late and the message was from a male stranger.

He called her through Instagram the next day, but she didn’t answer. So De Jesus-Reyes looked through the purse, found an ID with an address and took the purse there, where a young girl thanked him.

De Jesus-Reyes left to take his fiancee’s sister back to New York and didn’t give the incident another thought.

The clutch owner did not respond to a message sent through Instagram by a lehighvalleylive.com reporter.

When De Jesus-Reyes got the message from his brother, he said he called police three times, once every hour, and left a message on the department’s voicemail. His fiancee called twice and left messages too.

His fiancee spoke with someone from the department, but De Jesus-Reyes said the person made some unhelpful comments and he felt they were brushing her off.

De Jesus-Reyes got off of work and that afternoon an officer called. De Jesus-Reyes told him the purse was returned days ago, and the officer reportedly told him he hadn’t heard from the woman.

Police would need to confirm the purse was returned and check with the department chief before taking down the post, according to DeJesus-Reyes.

De Jesus-Reyes said he has gotten no contact beyond the initial phone call, but that the post was removed about an hour after speaking with the officer.

“I still, to this day, have not gotten a phone call back,” he said.

The department put up another post that De Jesus-Reyes said he viewed as suggesting, “I basically stole the wallet still.”

Commenters called out the department for the new post, with some saying De Jesus-Reyes deserved an apology.

After lehighvalleylive.com reached out to the police department about the Facebook posts on Thursday, the June 17 post was edited with a longer explanation about what occurred and an apology was added.

“It takes some time to obtain video evidence from the store and when it became available it was turned over to our criminal investigations unit to help create a social media post,” Gottschall said via email, adding the matter is under internal review. “We apologise for the poor wording of the post (and) any embarrassment that may have been caused. Investigators were only attempting to follow through with an investigation and recovery of someone’s valuable property based on the available information they had at that time. The person who recovered and returned the wallet to the owner is to be commended for the efforts to return the property to the owner.”

At one point, De Jesus-Reyes saw there were 167 shares on the department’s original Facebook post with his picture. As of Friday, the June 17 edited follow-up post had 24 shares.

“I’m a grown man, with kids and everything, and yesterday I was actually crying ... at the end of the day, I want to better my life. I want my kids to have what I never had,” he said. “All you want to do is be a better person in this world. So for you to do a good thing and then it gets turned around and thrown in your face double time, that you were wrong for doing the right thing, it’s kind of demeaning. You don’t want to do anything, you don’t want to help nobody. It takes all that goodness you have in your heart.”

Unfortunately, things posted on the Internet can last forever, even if they are removed or changed.

De Jesus-Reyes is worried people are going to recognise him, that they will assume he’s a thief.

Gottschall said for the most part, the department’s use of Facebook has been very helpful in investigations and is an effective tool to identify suspects.

The posts regarding De Jesus-Reyes “shouldn’t have happened in the first place” and now the department’s internal review will try to make sure it doesn’t happen again, the chief said. – The Express-Times/Tribune News Service 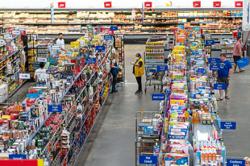