When will the machines deliver? On the road with a pizza robot

Domino’s waist-high pizza delivery droid has four sensors and several cameras which allow it to detect when people or other obstacles block its path. — dpa

BERLIN: Six kilometres per hour is a brisk pace on foot. You quickly notice that when you try to keep up with the delivery robot from Domino’s, as the waist-high box on wheels makes its way along Berlin’s pavements to deliver pizzas.

The robot is part of a pilot project in the German capital. Four sensors and several cameras give the vehicle a 360° view. The robot recognises when people, strollers or dogs get in its way and then reduces its speed or stops altogether.

The robot is an unusual sight and passers-by stop to take photos with their phones. Most laugh and are curious, while others seem irritated.

A mother holding her child’s hand jumps to the side and looks startled when the device comes toward her at an intersection.

However, there’s no need to fear the droid. While it can deliver orders completely autonomously, the license issued by Berlin’s city obliges companies using delivery robots to ensure that a human being is always present, able to take over via remote control.

Meanwhile, a second employee is sitting in an office in Berlin, monitoring the movements of the pizza delivery robot at all times and ready to intervene if necessary.

Considered that the robot is supposed to be a solution to the personnel bottlenecks in the delivery service market, the number of human actors required for this endeavour is quite high.

However, the trial, which will last several weeks, is primarily about gathering data and experience, says Kathrin Rezac, who is overseeing the test project.

The robot is manufactured by software startup Teraki and the technology is the same used in autonomous cars.

“In the near future, an employee will be able to observe and control many robots at the same time from a distance,” says Teraki CEO Daniel Richart.

Whether for pizzas or packages, pilot projects with delivery robots or drones have been around for years.

Many industry giants have carried out trials, including online retailer Amazon and logistics company DHL while Dutch delivery firm Just Eat Takeaway is testing the use of delivery drones in the Netherlands and Ireland.

Yet the large-scale use of such technology doesn’t seem any closer.

“There was major press coverage on this ten years ago,” says Boris Radke, spokesperson for the German grocery delivery startup Flink. “And if you look at where we are today in delivery: nowhere near it. Real staff remains by far the best solution for deliveries.”

Domino’s pizza robot comes with limitations. For example, it can only deliver within a tight radius of the restaurant so that the food isn’t cold when it arrives at the customer’s door.

It’s also unable to climb up stairs and can only deliver to the front door of a building, important to know if you live on the sixth floor at the back of the building.

Even so, interest in robot delivery among the public is high, says Domino’s Rezac. “We give customers a choice when they order online and many opt for the robot. Many are eager to try it out,” she says.

Whether and when the technology will be used across the board at the company remains an open question. There is no concrete timetable.

When it comes to autonomous technology, companies with their own warehouse or logistics structure in particular are looking less at the delivery option and more at the processes that go on behind the scenes.

For example, DHL primarily utilises autonomous technology in its warehouses, where it’s used to pack cartons and drive forklifts.

So it will probably be a while before pizza robots or delivery drones come and ring your doorbell. – dpa 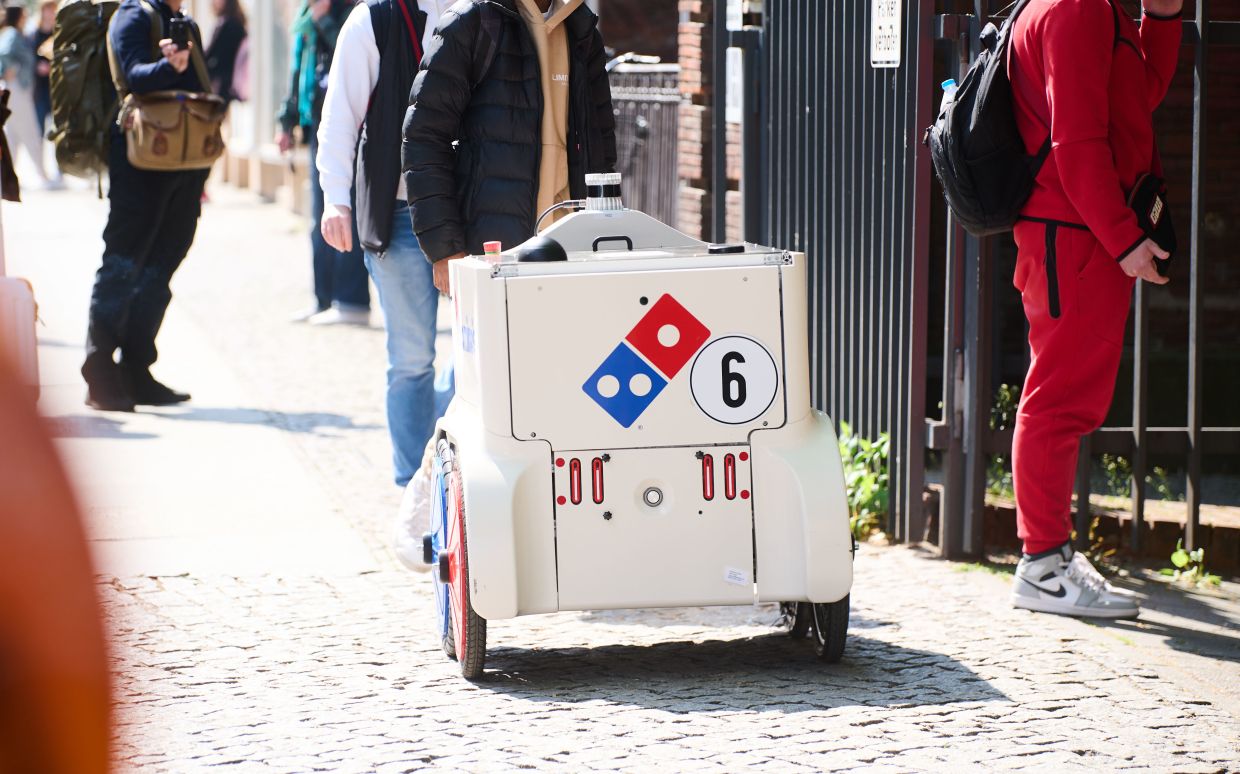 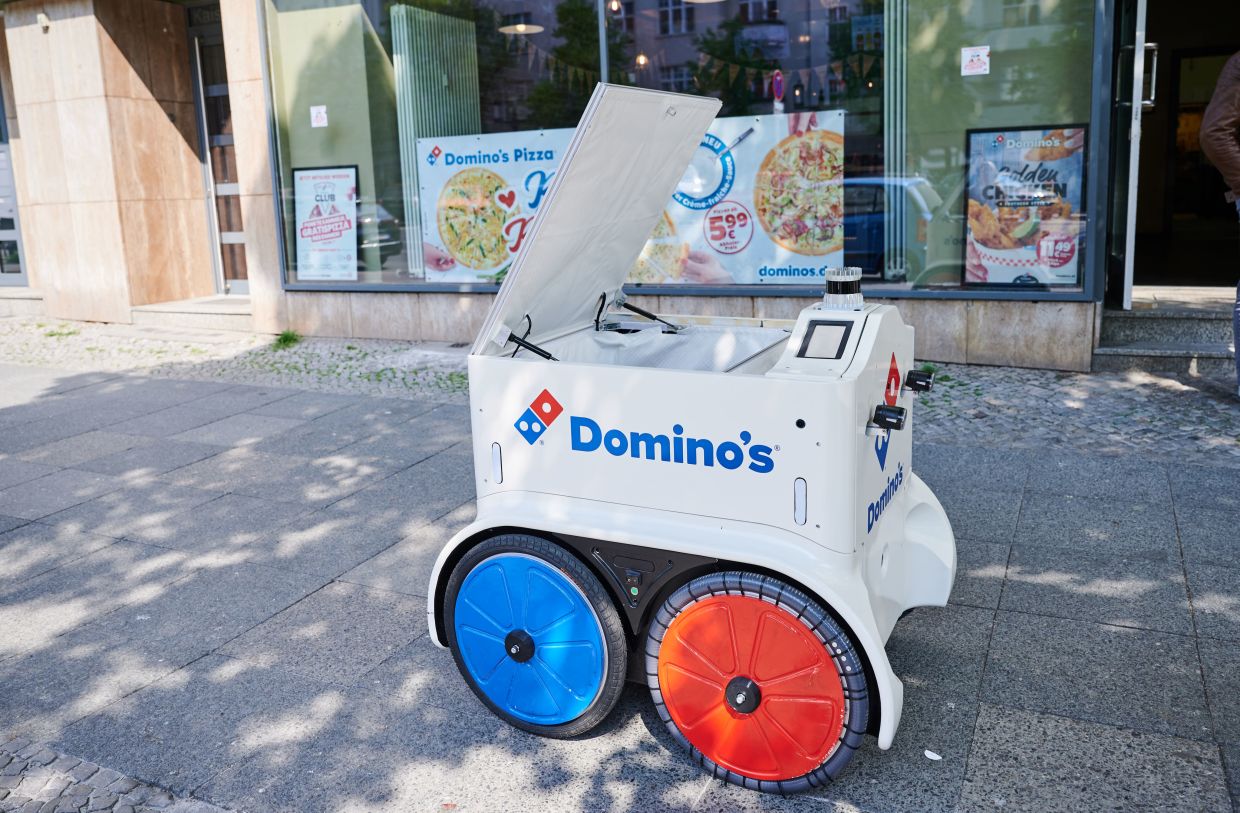 Domino’s waist-high pizza delivery droid has four sensors and several cameras which allow it to detect when people or other obstacles block its path. — dpa

While it’s fun to look at, the Domino’s pizza delivery robot comes with some limitations. For example, it can only deliver within a tight radius of the restaurant so that the food isn’t cold when it arrives at the customer’s door. — dpa

Domino’s delivery robot crossing a street in the Berlin district of Charlottenburg. — dpa

Amazon robots scooting along sidewalks? Hold on, US city says

Robots are learning to think like humans. Can they meet Amazon’s demands for speed?