By Kim Harrisberg and Menna A. Farouk

Maxence Melo, founder of JamiiForums, listens to his colleagues during a meeting at their office in Dar es Salaam, Tanzania. — Thomson Reuters Foundation

DURBAN/CAIRO: Plan a funeral, call out corruption or start a business – tough jobs all now made easier by a generation of tech-savvy Africans tackling local problems beyond the grasp of Big Tech.

It was frustration that pushed Tanzanian engineer Maxence Melo to launch an anonymous, online whistleblowing platform after his appeals to media to investigate an array of questionable mega-project contracts were met with silence.

His JamiiForums website launched in 2006, unmasking the murky money trails of Africa’s rich and powerful, and now has more than three million visitors daily.

It is just one of dozens of African digital platforms that innovators say are doing what tech giants cannot – designing bespoke solutions for domestic needs.

“Local is king, we know what local solutions we need for our own contexts,” Melo told the Thomson Reuters Foundation by video from his office in Dar es Salaam.

Despite challenges such as scarce Internet access, funding gaps and intermittent electricity, African entrepreneurs are harnessing the potential of digital engagement, from online funeral services in Egypt to voice-based messaging in Mali.

“We have the local talent and these homegrown solutions help with job creation so talent can stay on the continent instead of leaving to work for the tech giants.”

Egyptian entrepreneur Ahmed Gaballah never thought he would work in the death business, but the stress of helping a friend plan a burial led him to rethink the funeral industry.

“It took us a lot of time to get the burial permit and we got lost on our way to the burial site. It was a frustrating experience,” Gaballah, 40, told the Thomson Reuters Foundation.

His funeral-planning website Sokna, which means tranquility in Arabic, launched in 2019 as a one-stop shop that can ease some of the pressures after a death, be it arranging body preparation, shrouding, transport or the placing of obituaries.

Customer Noha Ibrahim, 55, said Sokna had made the aftermath of her father’s sudden death more smooth and peaceful.

“They took care of every single thing starting from securing the burial permit, the new and well-equipped van, managing transportation from the hospital to the mosque then to the cemetery,” said Ibrahim, who read about Sokna on Facebook.

While Sokna now has about 3,000 customers and 76 employees, Gaballah says he has seen countless digital startups crash and burn, largely due to scant funding and poor Internet connection.

But Gaballah says none has his local expertise or insight.

“Most local entrepreneurs solve problems that they have already experienced themselves,” he added.

Another factor driving local innovation is language, said Ndongmo, especially in a continent with more than 2,000 of them.

Malian developer Mamadou Sidibe witnessed the power of communication in indigenous languages when he launched his ‘vocal social network’ service, Lenali, in 2017.

It lets users message via voice notes that can be attached to images, helping informal traders consume news and information and sell products online.

A simple tool, it opened new horizons for many in Mali, helping the isolated and illiterate find a voice, and bringing opportunities to small businesses cut off from new markets.

“We have an oral culture and more than 100 dialects,” said Sidibe.

“One of the ways to be innovative is not to copy what is done in Europe or the US – in general, we need to adapt everything to our own cultural reality.”

Fewer than a third of Malians can read and write, according to the World Bank.

Lenali has been downloaded 150,000 times in 118 countries from Brazil to Sri Lanka to Russia, Sidibe said.

“We also teach literacy courses on the app. Our goal is not to maintain low literacy – our goal is to make teaching, tech and business accessible,” Sidibe said of his ad-backed platform.

Big tech has come under fire for harvesting and selling users’ data by the world’s main central bank umbrella group, the Bank for International Settlements, as well as activists against algorithmic bias and racism.

This is an opportunity for local innovators to do things differently, said Melo, who has fought in court for over a decade to protect whistleblowers’ data despite the government repeatedly demanding JamiiForums hand it over.

Ndongmo said her biggest fear for the future of Africa’s innovation is government crackdown on online resistance.

Melo has racked up 159 court challenges by Tanzania’s government for exposing corruption. But his refusal to buckle has paid off.

New leadership in Tanzania has opened consultations with Melo to draft frameworks that will better protect free speech.

Nothing wrong with profits, he said, but not at users’ expense if Africa’s wave of startups is to endure, thrive – and take its place at the table alongside Big Tech.

“It’s about the content you create, not about how much we can generate from you. It’s about the kind of information you can put on the platform to help others,” Melo said. – Thomson Reuters Foundation 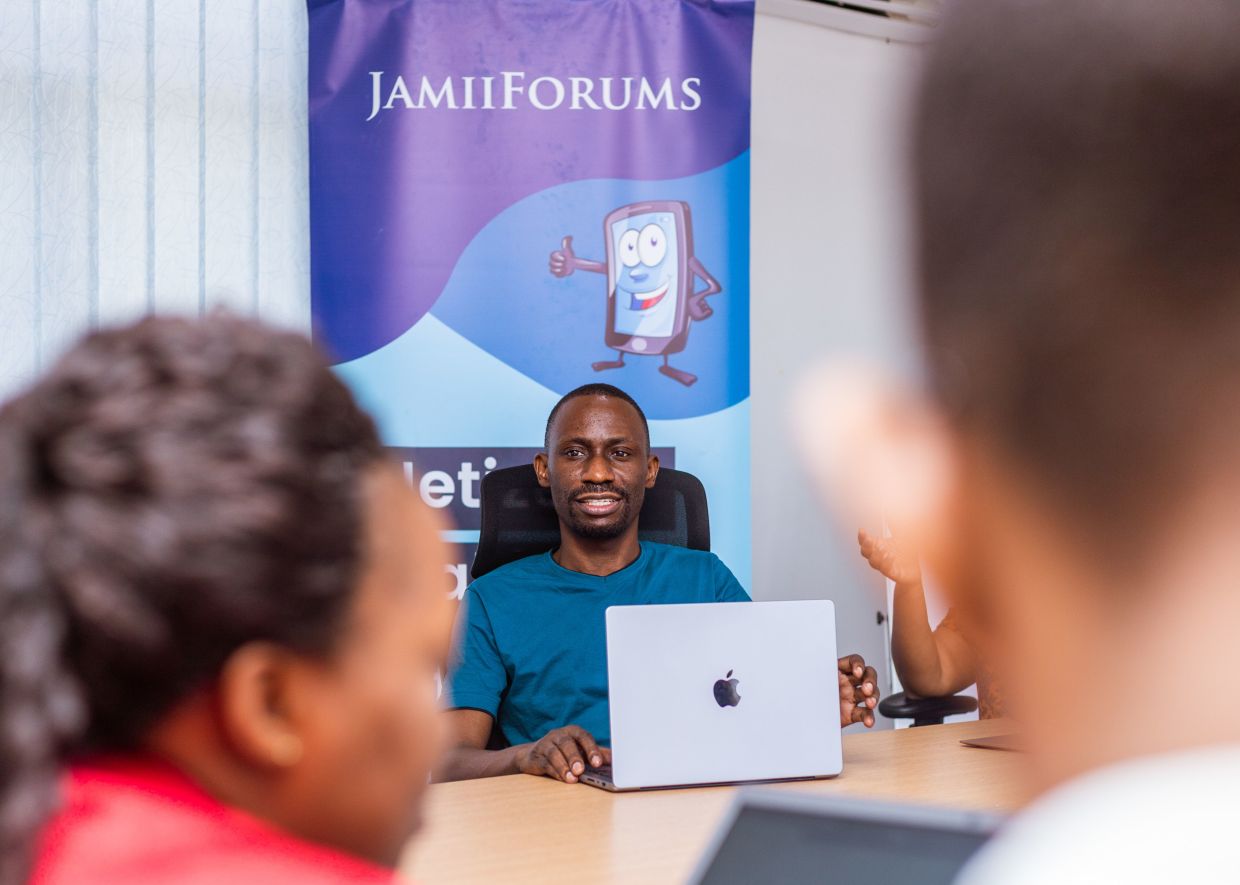 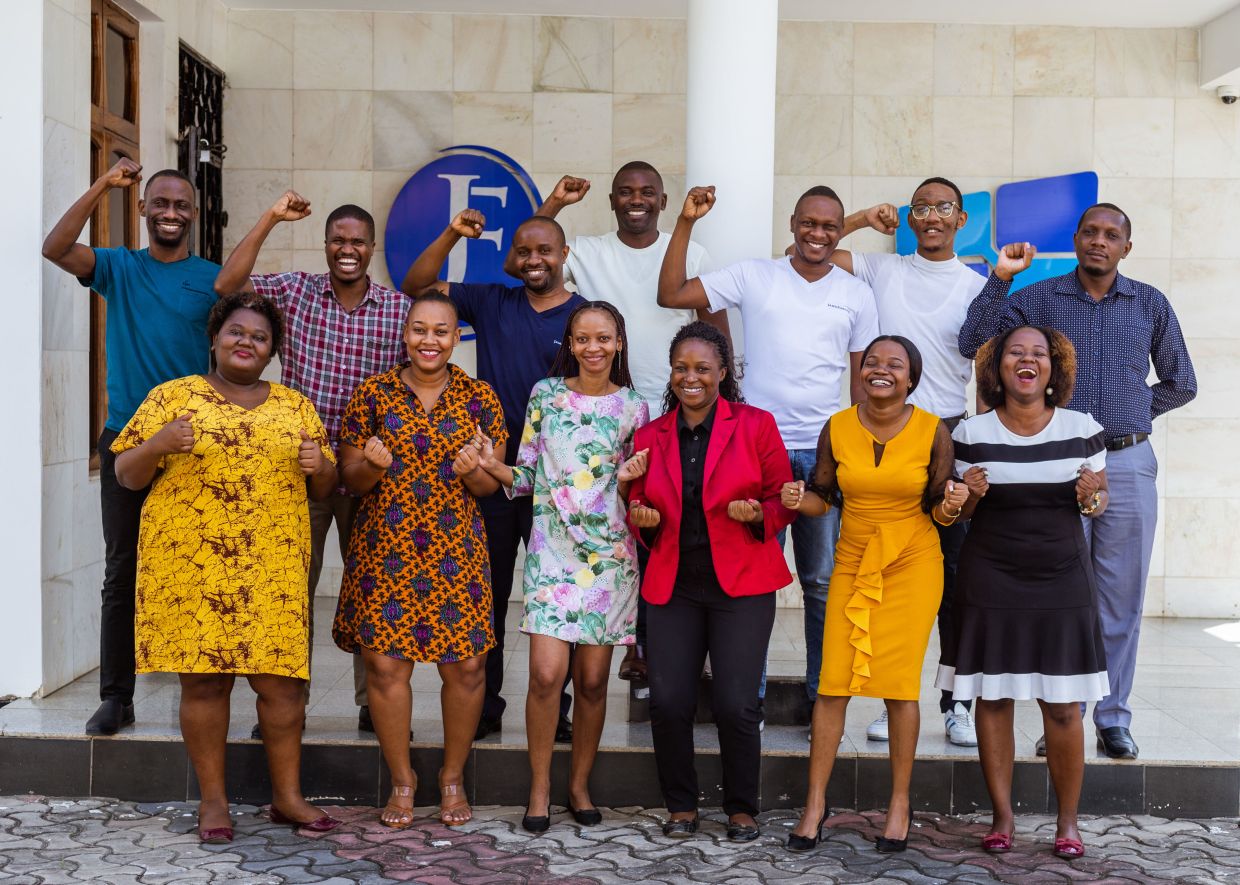 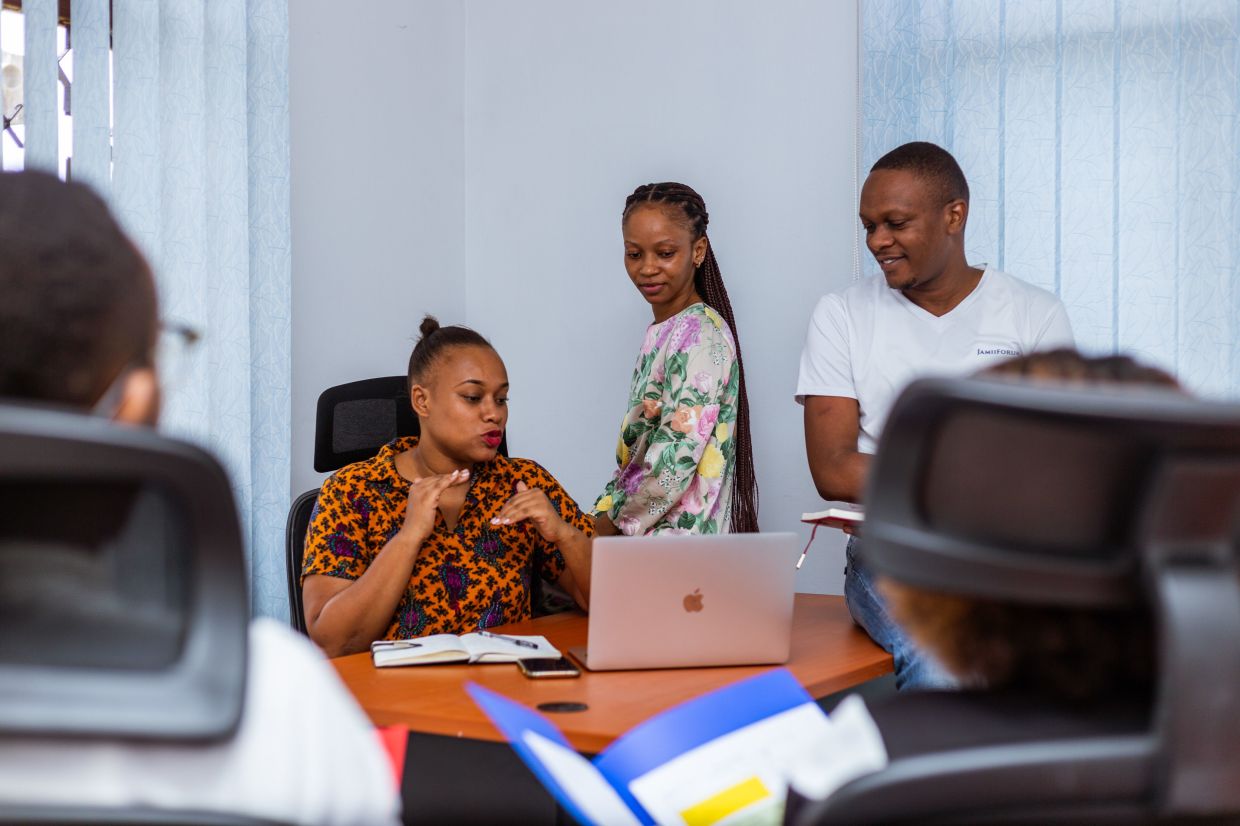 Maxence Melo, founder of JamiiForums, listens to his colleagues during a meeting at their office in Dar es Salaam, Tanzania. — Thomson Reuters Foundation

The JamiiForums team pose for a photo with their fists raised from their office in Dar es Salaam, Tanzania. — Thomson Reuters Foundation

Maxence Melo, founder of JamiiForums, talks to his colleagues during a meeting at their office in Dar es Salaam, Tanzania. — Thomson Reuters Foundation