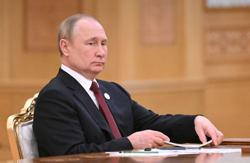 So far, Google has blocked over eight million ads related to the war in Ukraine under its sensitive event policy and removed ads from more than 60 state-funded media sites across its platforms. — AFP

DUBAI: YouTube has taken down over 9,000 channels and 70,000 videos related to the war in Ukraine for violating content guidelines, according to The Guardian.

Since February, YouTube has taken down several channels such as that of pro-Kremlin journalist Vladimir Solovyov, and temporarily suspended channels associated with Russia's defence and foreign ministries.

He added that YouTube is "the largest video-sharing site up and running in Russia itself," and is a place where "Russian citizens can get uncensored information about the war."

In its 2021 Ads Safety Report, Google said that it "acted quickly to institute a sensitive event, prohibiting ads from profiting from or exploiting the situation."

It also took several other steps to pause the majority of its commercial activities in Russia across Google products — including pausing ads from showing in Russia as well as ads from Russian-based advertisers. It also paused the monetisation of Russian state-funded media across its platforms.

So far, Google has blocked over eight million ads related to the war in Ukraine under its sensitive event policy and removed ads from more than 60 state-funded media sites across its platforms.

"We are not planning to close YouTube. Above all, when we restrict something, we should clearly understand that our users won't suffer," he said. – Arab News, Jeddah, Saudi Arabia/Tribune News Service

Will social media companies crack down on the racist conspiracy theory behind the Buffalo massacre? 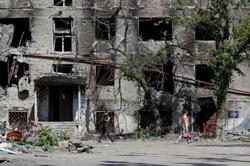 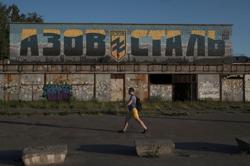