The District of Columbia sued Meta chief Zuckerberg, seeking to hold him personally liable for the Cambridge Analytica scandal, a privacy breach of millions of Facebook users’ personal data that became a major corporate and political scandal. — AP

WASHINGTON: The District of Columbia on May 23 sued Meta chief Mark Zuckerberg, seeking to hold him personally liable for the Cambridge Analytica scandal, a privacy breach of millions of Facebook users’ personal data that became a major corporate and political scandal.

D.C. Attorney General Karl Racine filed the civil lawsuit against Zuckerberg in D.C. Superior Court. The lawsuit maintains that Zuckerberg directly participated in important company decisions and was aware of the potential dangers of sharing users’ data, such as occurred in the case involving data-mining firm Cambridge Analytica.

Cambridge Analytica gathered details on as many as 87 million Facebook user s without their permission. Their data is alleged to have been used to manipulate the 2016 presidential election.

Zuckerberg, who co-founded Facebook and has headed its board since 2012, controls more than 50% of Facebook’s voting shares and “maintains an unparalleled level of control over the operations of Facebook as it has grown into the largest social media company in the world”, the lawsuit says. The social network giant has nearly three billion users worldwide. Meta has a market value of over US$500bil (RM2.19 trillion).

Racine is seeking damages and penalties from Zuckerberg as may be determined in a trial.

Meta, Google, Amazon and Apple have been targeted in legal actions in recent years by federal regulators and state attorneys general of both parties accusing the tech behemoths of market dominance and abuse. But Racine’s suit brought the rare action of a regulator specifically aiming at a Big Tech CEO.

Zuckerberg directly participated in decision-making that allowed the massive data breach, while Facebook misled users with claims of privacy protection, the suit alleges.

Racine tried last year to add Zuckerberg as a defendant in his ongoing suit against Facebook over Cambridge Analytica from 2018. But a D.C. Superior Court judge thwarted that attempt in March, saying that Racine had waited too long to add him. “What value does it add to name him? There’s no more relief for the consumers of the District” of Columbia, Judge Maurice Ross said.

Now, Racine is asserting that thousands of documents he has since gained access to in the case establish Zuckerberg’s direct participation in decision-making on Cambridge Analytica, and he is therefore suing Zuckerberg directly.

A year ago, Racine sued Amazon, accusing the online retail giant of anticompetitive practices in its treatment of sellers on its platform. The practices have raised prices for consumers and stifled innovation and choice in the online retail market, he alleged. Amazon rejected the allegations.

That suit was dismissed by the court and Racine has asked for it to be reconsidered. – AP

Facebook changing with times a decade after stock debut

Kids may be red line in Facebook regulation fight: experts 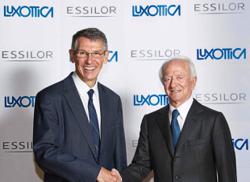 Chinese data centre operator GDS sees Singapore as hub for its South-East Asia expansion plans
Crypto lender Voyager files for bankruptcy
YouTube prank: Police receive report on man who pulled on two women’s headscarves in public in viral video
Shanghai data breach�exposes dangers of China’s trove
‘Like a dream’: Japanese grandpa draws in following as art YouTuber
US senators call for close look at TikTok
Not now! How to better manage your Windows updates
US gunman’s family noticed nothing amiss, but social media posts painted a darker picture
US father hunting online for minor girls got hooked by a boy fishing for paedophiles
Cisco spent a record-breaking US$50mil on Silicon Valley homelessness. Where has it gotten us?