Demonstrating emotions of sadness, distress or even anguish on social networks is enabling some influencers to lure viewers to their content and even to attract new followers. This trend has been given the term 'sadfishing,' and the phenomenon is such that it has given birth to a new filter on Snapchat: the crying face.

Bella Hadid made news last November after posting a lengthy post on Instagram about her unhappiness, accompanied by several selfies featuring her eyes reddened with tears. The objective? To remind her community that "social networks are not reality," in other words that her supposed dream life does not exempt her, like everyone else, from feeling bad. Reactions came in fast: 2.5 million likes, and nearly 23,000 comments. If the influencer with 50 million subscribers was probably not looking for such engagement – because she doesn't need it – it's interesting to note that this post had much more success than her previous ones - and the ones that followed.

Expressions of happiness and optimism have taken a hit. Lately, it's not laughter or smiles that are creating engagement on Instagram, Snapchat, and TikTok, but tears. Filming yourself in close-up crying over a breakup, a death, or some other agonising life event can allow influencers and other celebrities to gain sympathy – and likes – from followers. This is the very definition, albeit unofficial, of 'sadfishing'. And the more extreme the negative statements – and emotions – seem to be, the more successful the post.

Journalist Rebecca Reid is credited with coining the term 'sadfishing,' back in 2019. And it's not so much about staging one's sadness, but to accentuate it, in order to generate interest on social networks. Adele, Travis Scott, and Kendall Jenner are among the celebrities who have put themselves in such a situation, while many influencers on these platforms reveal themselves in videos, each more tearful than the last.

Always full of contrasts and contradictions, social networks today swing between a certain ideal of perfection and a quest for authenticity; 'sadfishing' is supposed to be situated in the second category, as a way of skewering the idea of perfection. And the trend is constantly growing on social networks, to the point that the hashtags #divorce and #anxiety, which allow users to find this type of videos, today count more than seven and 14 billion views, respectively.

A tearful filter on Snapchat

And for those who may not have the talent to cry on command, Snapchat now offers a crying-face filter that totally transforms the face. Simply activate it and users see a sad version of themselves, and the more they laugh in front of the screen of the phone, the more the filter shows their sorrow. It's almost something to laugh about. – AFP Relaxnews 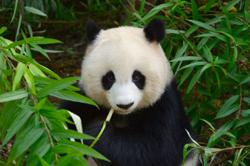