Apple is killing off the iPod, two decades after it launched Twenty years after its launch, Apple's iPod is becoming a part of tech history. — dpa

The iPod, the device that loaned its name to podcasts and helped end the reign of the CD, is being discontinued a little over 20 years after it was first unveiled.

Apple announced on May 10 that the last remaining model – the iPod touch – will only be available while stocks last.

The portable music player paved the way for Apple to enter the smartphone market with the iPhone after its launch in 2001 with an intuitive click wheel and iconic white earphones.

It also enabled Apple to expand its business beyond computers and push the music industry into more digital arenas.

Apple had already discontinued the iPod classic, which was based on the original, in 2014 and smaller models such as the iPod Nano in 2017. The final remaining iPod, the iPod touch, was a kind of slimmed-down iPhone without cellular technology.

“Today, the spirit of iPod lives on,” said Greg Joswiak, Apple’s senior vice president of Worldwide Marketing, emphasising that music and podcasts are still key to the company's software. – dpa

Apple to pull the plug on iPod after 20 years

Subscribe now to our Premium Plan for an ad-free and unlimited reading experience!
Music Smartphones Gadgets 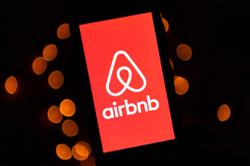