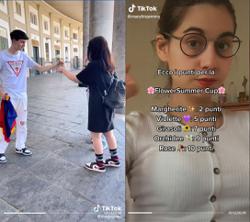 At least four other children have died while participating in the blackout challenge, according to the Andersons’ suit. — AFP

TikTok Inc was blamed in a lawsuit for the death of a 10-year-old girl who allegedly participated in an online challenge in which people choke themselves until they black out.

Nylah Anderson, an intelligent child who could speak three languages, was found unconscious in her bedroom in suburban Philadelphia on Dec 7, according to a complaint filed on May 12 in US federal court. She spent five days in a paediatric intensive care unit before succumbing to her injuries.

Anderson’s family accused the social media platform of marketing a defective product and negligence, saying in the suit that the dangerous dare “was thrust in front” of the girl by TikTok on her “for you” page.

The “algorithm determined that the deadly blackout challenge was well-tailored and likely to be of interest to 10-year-old Nylah Anderson and she died as a result”, according to the complaint, which also names TikTok parent company ByteDance Inc as a defendant.

TikTok does not comment on ongoing litigation, a company spokesperson said. In a previous statement issued in response to Anderson’s death, the company said “this disturbing challenge, which people seem to learn about from sources other than TikTok, long predates our platform”.

ALSO READ: Three questions you should ask yourself if your child is on TikTok

TikTok remains vigilant in its commitment to user safety and would remove any content related to the blackout challenge from its app, the spokesperson said, adding “our deepest sympathies go out to the family for their tragic loss”.

The TikTok case joins others that accuse social media companies of wrongful deaths, including one over a car crash that killed three young men who were allegedly using a Snapchat speedometer feature to record themselves driving at more than 120mph and another linking a 16-year-old’s suicide to an Instagram addiction.

At least four other children have died while participating in the blackout challenge, according to the Andersons’ suit.

Participants choke themselves with household items like a shoelace or power cord until they black out for a few seconds and then capture the euphoric rush they get regaining consciousness.

Anderson’s mother, Tawainna Anderson, said at a press conference in Philadelphia on Thursday that since her daughter’s death she had discovered Nylah wasn’t the only victim of the blackout challenge.

“It is time that these dangerous challenges come to an end so that other families don’t experience the heartbreak that we live everyday,” she said.

ALSO READ: The Milk Crate Challenge is so dumb and dangerous that even TikTok is banning it

The blackout challenge has appeared on other social media apps, but a forensic analysis of Nylah Anderson’s mobile phone showed TikTok was in use at the time of the incident, said Jeffrey Goodman, an attorney for the family with Saltz Mongeluzzi & Bendesky P.C.

Chinese-owned TikTok was the most downloaded social media app in the world last year, according to Apptopia. At only six years old, the app is already growing faster than YouTube.

The app exploded in popularity during the pandemic, with its short dancing clips and lip-syncing skits entertaining teenagers at rates higher than other social platforms. In 2020, TikTok saw its downloads increase by 75%, buoyed in part by viral trending challenges.

The challenges started out as silly dance competitions, but during the pandemic they turned bizarre and, in some cases, dangerous.

“Social media giants like the TikTok defendants have seized the opportunity presented by the digital wild west to manipulate and control the behaviour of vulnerable children to maximise attention dedicated to their social media platforms and thus maximise revenues and profits, all while shirking any safety responsibilities whatsoever,” according to the lawsuit. – Bloomberg

'They think it's a joke:' Police warn US teens of dangers of latest TikTok trend

'Educators beware!' TikTok challenge to slap a teacher prompts urgent warning in the US

Opinion: Social media is not the only one failing teens