A child adds a face mask to her character on the game ‘Roblox’ at her home in Manchester, Britain. Roblox’s trajectory generated interest from professional game developers, many of whom are now fighting to beat out children for success on the highly competitive platform. — Reuters

In the fall of 2018, Mary Rukavina was enjoying her first day of college at the University of Minnesota, where she had enrolled to study biomedical engineering, when she received an intriguing call.

RedManta, a video game studio founded that year, offered to pay Rukavina US$5,000 (RM21,737) a month to make games on Roblox, an online platform that allows people to program their own games and play games created by others.

“My second day of college, I moved out,” Rukavina says. “My parents were like, ‘You’re crazy’.”

Rukavina had discovered Roblox as a 13-year-old messing around on her mom’s laptop. Every day, she sunk at least three hours into the rapidly expanding virtual world, fascinated by games about raising animals like turtles or dragons. Over time, she began to think up her own games, too, using the company’s proprietary platform, Roblox Studios.

Rukavina never dreamed it could be a career. But it has been for four years and now she’s the creative director of Sonar Studios LLC, an independent studio that makes games for Roblox. In fact, more than a dozen such studios have cropped up to tap into what was once the domain of middle and high-school students.

Founded in 2004 by David Baszucki and Erik Cassel and launched two years later, Roblox was envisioned as a platform where content was created by kids, for kids, using the simple programming language Lua. Parents and educators loved the platform because it was seen as helping kids learn to code. Roblox can be played virtually anywhere, from an Xbox console to a phone, laptop, or PC, and boasted 45.5 million daily active users at the end of last year. The company went public in a direct listing last year.

Roblox’s trajectory generated interest from professional game developers, many of whom are now fighting to beat out children for success on the highly competitive platform. At the same time, non-gaming companies that had peripheral experience in tech or entertainment, began casting a glance at Roblox and wondering how they too could incorporate their content into the platform.

The rise of studio-developed games also coincides with an aging of Roblox’s user base, which has seen the portion of children under 13 slip to 48% of its daily active users in the fourth quarter of last year compared with 57% in early 2019.

While Roblox was a pandemic darling, seeing a surge in usage during the lockdown months, it has lost favour with investors in recent months as school and sports resume, competing for kids’ attention. Its shares have tumbled 64% this year. More professionally developed games could help appeal to the platform’s older users and present a very different value proposition in the years to come.

“At certain points in our growth, it probably didn’t make sense to have a 50-person studio, but today it does,” Roblox said in a statement.

One of the first games on Roblox to achieve standout success was Adopt Me!, made by two players in 2017, in which people collect and raise pets. Around that time, “there were a lot of games that started to do really well,” Rukavina said. “The community began stepping away from the ‘amateur’ and you started to see companies develop as LLCs to make games on Roblox.”

Explosively popular, Adopt Me! has been played 28 billion times and boasts an average of more than 250,000 active players at once. Adopt Me!’s developers went on to form a studio called Uplift Games, which now employs more than 40 people.

“Putting together a professional, large and expensive team was initially a weird creature within the Roblox ecosystem. It’s changed since,” says Guy de Beer, chief operating officer of Tel Aviv-based Toya, which was founded by two women in 2016 to make games for girls. He said he faced some pushback from Roblox initially on the size and scope of their endeavour.

Now Roblox is fully invested in the idea of external content creation. Last year – the same year Gamefam became the first third-party development studio on Roblox with more than 100 employees – the San Mateo, California-based company launched a US$25mil (RM108.76mil) grant programme to bring on more sustainable content. The program provides grants of at least US$500,000 (RM2.17mil) to Roblox developers and studios.

Half of the recipients are “off-Roblox developers” and the other half come from “the traditional Roblox community”, according to Matt Curtis, Roblox’s vice president of developer relations. “A lot of our community members started 10 years ago with the initial intent to learn, socialise and create cool content for their peers and themselves,” Curtis said. “That evolved as the platform evolved. Now, some have become huge studios with 40-plus employees making millions of dollars a year.”

Actually it’s unclear how much money the studios do make, after Roblox’s cut. The company says a developer on average takes home about US$0.27 (RM1.17) per US$1 (RM4) spent. Roblox is free-to-play, but games make money through micro-transactions. As children under 18 – and especially under 13 – aren’t generally in possession of credit cards, monetisation can present a problem for these costly studios.

“The tricky part is that, in order to really build a significant business on the Roblox platform, you have to build a mega-successful game,” said Yonatan Raz-Fridman, who founded a Roblox gaming studio, Supersocial, in 2020. “The problem is, there aren’t that many Roblox platforms that are really generating significant revenue.”

These costly studios are up against kids, who have been happy to develop Roblox games for free in their spare time – a habit critics have suggested has created an exploitative environment. Roblox’s Curtis noted that the “vast majority” of developers on the site who create games that earn money are currently 18 or older.

Games that take Roblox by storm are starkly unlike the games that thrive on PC game marketplace Steam, Sony Group Corp’s PlayStation or Microsoft Corp’s Xbox. There are no high-resolution graphics or tight shooter mechanics or sprawling open worlds. Roblox games are weird, often involving emergent social dynamics like role-playing as cops and robbers or throwing a pretend party in a suburban home you designed. Other games, like Bee Swarm Simulator or Work At A Pizza Place, might even baffle AAA game developers who are more accustomed to US$80mil (RM348.04mil) budgets.

Creators with the most success on the platform understand what this young, novelty-craving audience is looking for because they grew up on it. For those of the short attention span, grabbiness is everything. While Roblox’s active users spend an average of 2.5 hours on the platform a day, they might hop between two, three or six experiences per play session. In 2021, 27,000 Roblox experiences received over 100,000 visits. What grabs the players, though, isn’t always predictable.

“Early on in mobile, I actually saw a very similar circumstance,” Roblox’s Curtis said. “You had a lot of traditional, AAA developers from console or desktop try to leverage a very successful playbook on mobile, and it wasn’t working out how they expected.” The studios entering Roblox now have a bit of a learning curve – particularly because Roblox hosts genres of games that Curtis said he’s never even seen anywhere else.

That challenge is something Supersocial’s Raz-Fridman concedes. His 18-person studio developed a multiplayer role-playing game with elaborate graphics and settings called Ghostopia, which, he says, didn’t become as popular as he’d anticipated. “Our first foray into Roblox, we think, was ahead of its time,” he says. “We built a really great Nintendo Switch game on Roblox. But that’s not really what Roblox wants today.”

Now, he says, SuperSocial is taking those lessons and building a new original game: Weed Whacking Simulator. The company has received US$5.2mil (RM22.62mil) in funding since its launch.Venture investors are very interested in backing developers who want to build in Roblox, said Gamefam chief executive officer Joe Ferencz.

“Anyone with a piece of paper with Roblox on it can raise US$3mil (RM13.05mil) right now to make Roblox games. But that doesn’t mean you’re going to have a lot of success at it,” he said.

Roblox also offers an engagement-based payout program where 40% of the top 10,000 longest-played Roblox experiences earn more from the programme than from in-game purchases.

Right now, building a business off Roblox holds some of the Wild-West promise of businesses that want to define the next generation of the Internet, like the ecommerce platform Shopify Inc, which helps some two million merchants worldwide run their websites. One day, says Supersocial’s Raz-Fridman, Roblox may have the same power.

“I don’t know yet if we can build a venture-scale business on top of the Roblox platform, but I’ve made a bet that we can and investors trusted us,” he says. “But I think it hasn’t yet proven itself and it will likely take several more years for big players to emerge building on it.” – Bloomberg 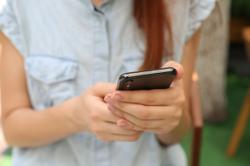