People walk in the commercial center of Sao Paulo, Brazil amid the Covid-19 pandemic. The remote-work revolution has led some US technology companies to seek new hires in Latin America. — Zuma Press/TNS

The remote-work revolution has led some US technology companies, from startups to Coinbase Inc and Shopify Inc, to seek new hires in Latin America – where they can find qualified people in roughly the same time zone who’ll work for much lower pay.

It’s a logical extension of the pandemic work-from-home drift away from hubs like San Francisco and New York to less expensive locations – including across national borders. And the way currencies have shifted in the pandemic is only reinforcing the trend.

Brazil, in particular, has become steadily more appealing to those with dollars to spend. The Brazilian real has lost more than a fourth of its value since the beginning of the pandemic. Other Latin American currencies including the Argentinian peso and Colombian peso are also among the big underperformers of the past two years.

That’s why when someone like Alexandre Rocco is hired by a Silicon Valley startup, the deal looks attractive for both sides.

The Sao Paulo resident got a LinkedIn message from Brazilian headhunter Revelo in May, asking if he’d ever considered working for a US firm. The 41-year-old said he’d always been curious about the idea, but had thought there’d be complex barriers to overcome. That turned out not to be the case, and within months he was working from his home as an engineering manager for San Francisco-based startup Walrus Health.

Rocco says he’s aware that he’s likely to be paid less in dollar terms than a US hire would be. But it’s still a good deal for him. He says his pay went up by about 40% when he switched jobs, while declining to disclose his exact salary.

At the other end of the bargain, Walrus is benefiting from a cheaper labour pool abroad, at a time when US businesses are being forced to raise wages because of inflationary pressures at home. “The Bay Area just got so, so, so hot,” according to Kimball Thomas, the chief executive officer of Walrus.

Thomas had lived in Brazil in the 2010s and knows that – despite some additional bureaucracy – “salaries are dramatically lower there”. He ended up hiring a handful of Brazil-based programmers, including Rocco, who now make up half his development team. “This is not an ad hoc solution,” Thomas said. “We really want it to work long term, and we want to invest in it.”

The idea could prove attractive for a US tech industry that may face a shortage of at least 1.2 million tech workers by 2030, according to a report by consulting firm Korn Ferry.

In recent months, the number of foreign companies hiring from Latin America has increased by 156%, the most of any world region, with software engineers leading the recruiting rally, according to a report by global hiring company Deel.

Cultural similarities and a qualified pool of talent also help make Latin America a tempting market. This allows employers to “connect right away” with local workers, said Pepe Villatoro, regional head of expansion at Deel. “They hit the ground running.”

The average tech salary fell by 1.1% in major US hubs in 2021, the first decline in five years, according to a report by tech marketplace Hired. Meanwhile the rest of the world was catching up, with global tech pay rising 6.2%.

Salaries for Latin America-based junior positions posted on Revelo’s platform have increased almost 50% to about US$89,000 (RM374,512) since the start of the pandemic. If more jobs are subject to international competition, the gap may continue to narrow.

“If I’m hiring a person in Cleveland, why not just hire a person in Bogota?” Josh Brenner, CEO of Hired, said in an interview. “They’re both remote, they’re both on the same time zone. And I can do that in a much more cost-efficient way right now.”

From the beach town of Florianopolis in southern Brazil, Janaina Coelho makes between US$3,000 (RM12,624) and US$5,000 (RM21,040) per month working as a quality-assurance developer for Los Angeles-based hospitality startup AvantStay.

Before the 32-year-old developer quit her job at a Brazilian information technology company last year, Coelho said she wasn’t considering switching to a foreign company. But then she started getting offers – and the promise of a salary in dollars and the option for remote work sounded attractive.

“Why did I go job hunting abroad? Because foreign companies began reaching out,” Coelho said. “Every week I began receiving new proposals.”

Pia Orrenius, vice president at the Federal Reserve Bank of Dallas, says that offshoring tech positions may not be as easy as it seems. The boom decades ago in overseas business outsourcing relied largely on cheaper English-speaking workforces like India. Replicating that with tech workers in Spanish- and Portuguese-speaking Latin America will be harder to do on a large scale.

“Good luck finding people who speak fluent English,” said Orrenius, a labor economist. “There’s a lot of limits on the extent that employers can do this.”

But for Lucas Mendes, co-founder of Revelo, those companies seeking talent abroad now are getting ahead of what will soon become a necessity.

Mendes says the pandemic-driven remote boom has led the Sao Paulo-based recruiting company to expand fivefold, and that has attracted clients ranging from up-and-coming startups to big-name clients, including Goldman Sachs Group Inc and GitHub Inc.

“The pandemic turned a local market into a global one,” Mendes said. “The genie is out of the bottle.” – Bloomberg/Tribune News Service 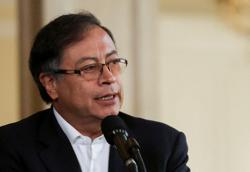 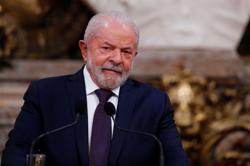