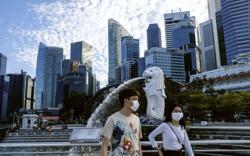 The sisters were part of a scam which involved at least 39 victims, who reported to the police that they had lost money to swindlers from December 2020 to May last year, said Deputy Public Prosecutor Jeremy Bin. — Wood photo created by Racool_studio - www.freepik.com

The sisters were part of a scam which involved at least 39 victims, who reported to the police that they had lost money to swindlers from December 2020 to May last year, said Deputy Public Prosecutor Jeremy Bin.

The victims would come across job offers on social media platforms or via SMSes, and were then asked to buy items online for which they would be paid commission. In other cases, the scammers would befriend victims on dating apps and later ask them to transfer large sums of money for various reasons.

The court heard that their mother, Siti Aidah Abdullah, met two men known only as Raymond and Kelvin on the online dating app Tagged some time between November and December 2020.

They asked Siti to open bank accounts in her name and to send the linked debit cards to them, but she did not know how to do so and asked her daughters for help.

Syafiqah and Atiqah directly contacted Raymond and Kelvin and helped them apply for and send debit cards to Malaysian addresses in exchange for payment. They deleted their WhatsApp conversation histories at the request of the swindlers.

Court documents said that Syafiqah also helped to perform transactions through bank accounts in her control and created new bank accounts for the scammers.

“(Syafiqah and Atiqah) had reasonable grounds to believe that these bank accounts were being used for the facilitation of benefits from criminal conduct,” said DPP Bin in separate statements on the sisters.

“(They) knew that (their) actions were illicit but continued to do so anyway as she received payment for doing so.”

When Kelvin and Raymond barred her from working for them, Syafiqah turned to another contact, Mohamed Yusri Arepen, who was involved in a similar money laundering ploy, and helped him to launder around S$111,500 (RM341,916) for S$300 (RM920) in payment.

The sisters helped to launder almost S$1mil (RM3.06mil) across several transactions, according to court documents. It was not mentioned if any of the money had been recovered.

Atiqah profited at least S$200 (RM613) for helping the swindlers.

The judge called for probation and reformative training suitability reports and reminded the sisters to cooperate with the probation officers.

They were remanded and will return to court next month. – The Straits Times (Singapore)/Asia News Network 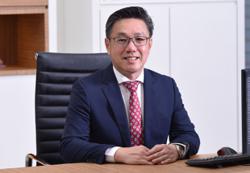