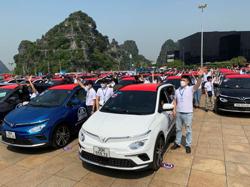 The 17-year-old boy was caught by police as he was ferrying two passengers around. — Pixabay

He did this on eight occasions and was caught by the police as he was ferrying two passengers around.

The Singaporean, now 19, pleaded guilty on Monday (Jan 17) to two charges – of cheating by personation and underage driving. Another two charges will be taken into consideration for sentencing, which has been adjourned to March.

He cannot be named as he was under 18 at the time of the offences and is protected under the Children and Young Persons Act.

The court heard that he applied online for an account with local car rental company Tribecar on Sept 24, 2020, using his father's details, including photos of his father's identity card and driving licence.

The application was successful and the boy rented cars from the platform on eight occasions between Sept 24 and Oct 7 that year without the knowledge of his father, 56, said Deputy Public Prosecutor Andrew Chia.

On Oct 7, he used a rental car to ferry two passengers, who were unaware that he was only 17 at the time and did not have a licence. Court documents did not state how the passengers knew the boy.

At around 3am, police officers from Ang Mo Kio North Neighbourhood Police Centre stopped the boy’s car at a roadblock on the Central Expressway slip road towards Ang Mo Kio Avenue 5.

When asked to show his driver’s licence, he admitted to the officers that he did not have one and that he was only 17 years old.

“The accused admitted that he drove the rented vehicles on all of the eight occasions despite being only 17 years of age. He highlighted that he had learnt his driving skills via the YouTube video application,” said DPP Chia.

The judge called for a probation suitability report for the youngster and adjourned sentencing to March.

Those who cheat by personation can be sentenced to a maximum of five years’ jail and a fine. For underage driving, first-time offenders can be jailed for up to three months, fined up to S$1,000 (RM3,102), or both. – The Straits Times (Singapore)/Asia News Network