CharaChorder presents a new type of keyboard that is particularly innovative and efficient.

A US startup has invented a new style of keyboard that could enable even casual users to type up to 10 times faster. — AFP/Relaxnews

American startup CharaChorder is on a mission to revolutionise keyboard input with its new, particularly innovative devices that can considerably accelerate typing speed.

Its most innovative peripheral lets users reach up to 500 words per minute, which can be particularly useful for note-taking, but also for coding or even for some video games.

Typing up to 500 words per minute is a performance level that's twice as impressive as what's currently possible for a fast-fingered expert with a conventional keyboard. It is also, and above all, the promise of typing almost 10 times faster than the average person.

Typing text at record speed can be particularly helpful in certain fields, starting with coding and programming. Another sphere in which typing speed can be important is video games, where classic keyboard combinations can theoretically be performed at faster speeds.

This invention from CharaChorder doesn't look like a classic keyboard, but takes the form of two modules, one of which goes under each hand. Each has nine small joysticks, each of which can move in four different directions. This offers an impressive number of combinations.

The idea behind this peripheral is to write text word by word rather than letter by letter. This is achieved by pressing several keys simultaneously. It is even possible to create shortcuts so that certain combinations lead directly to a word or a model sentence.

This obviously requires a lot of practice, but the result can be highly impressive. Note that this solution is suitable for both right- and left-handed users.

CharaChorder's chiefs remind us that the QWERTY keyboard was invented in the 19th century – before even the development of electricity – and that it is therefore high time for the concept to evolve.

The startup also offers the CharaChorder Lite, a version that looks slightly more like a classic keyboard as we know it, but which again allows you to quickly type a word by pressing several keys at once. This model is priced at $199.99 (RM838.66). — AFP/Relaxnews

7 ways to stay focused in a noisy workplace 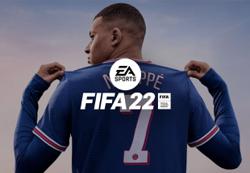 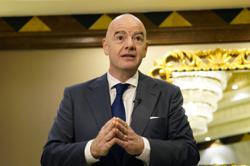 Chinese man designs hi-tech prosthetic leg with shock absorber and LED lights to inspire other disabled people to live a full life
Minister says Russia not planning to block YouTube - Interfax
Chinese university becomes a laughing stock after telling students to do final swimming test ‘online’ before graduating
‘Like a lighthouse for the lonely’: Chinese woman sells over 30,000 goodnight text messages at US$0.15 each to people needing comfort
Disney+ Hotstar now available on Unifi TV, free for new 100Mbps subscribers
Analysis: Why Twitter has ignored Elon Musk's 'trolling'
Microsoft will�boost pay and stock compensation to retain employees�
A crypto first? What happens when a blockchain like Terra dies
Musk says Twitter has to show spam accounts less than 5% for deal to move forward
Report: Malaysians gave over RM50mil in tips on Grab in 2021