Government and aerospace industry officials have expressed objections to Polyakov’s control of the company amid fears that valuable technology could make its way to Ukraine, Russia or other nations trying to develop rocket programs. — Bloomberg

Firefly, a private rocket maker based near Austin, Texas, has been backed for several years by Polyakov, who built a software empire in Ukraine. Government and aerospace industry officials have expressed objections to Polyakov’s control of the company amid fears that valuable technology could make its way to Ukraine, Russia or other nations trying to develop rocket programs. Despite putting more than US$200mil (RM834mil) of his fortune into Firefly, Polyakov agreed to step down from the company’s board and Firefly’s day-to-day activities in late 2020 to help make it easier for the company to win US government and military contracts and ease some of the underlying tensions.

In late November, however, Polyakov received a letter from the Committee on Foreign Investment in the US, or CFIUS, that called out national security worries and requested that Polyakov and his investment firm Noosphere Venture Partners sell off their roughly 50% stake in Firefly. Polyakov agreed to this demand, according to his spokespeople, while maintaining that his ownership of Firefly poses no national security threats. "Noosphere Ventures announced today that it intends to retain an investment banking firm to assist in the sale of Noosphere Ventures’ ownership interest in Firefly Aerospace,” Polyakov’s company said in a statement.

While educated as an obstetrician-gynecologist, Polyakov made his fortune through business software ventures and Internet gaming, dating and marketing sites. He rescued Firefly from bankruptcy in 2017 and poured money into the company to revitalise it. In September, Firefly conducted its first rocket launch from Vandenberg Space Force Base in Southern California. The rocket didn’t reach orbit but performed well for an initial launch, and the company has been racing to fire up a second one.

The US government halted Firefly’s current rocket launch operations at Vandenberg as the ownership issue with Polyakov plays out, according to two people familiar with the situation. The clashes between Polyakov and the US haven’t been previously reported.

Polyakov has said he had dreamed of turning Firefly into a massive aerospace company that could benefit both the US and Ukraine. During the Soviet era, Ukraine produced some of the world’s best rocket and engine technology, but much of those inventions have languished in recent years due to lack of investment. The hope was that Firefly could pair its best engineers from the US and Ukraine together to make a fleet of large rockets capable of taking many satellites into orbit and later on missions to the moon. Polyakov wanted the US to gain access to Ukrainian expertise, while also finding a way to boost the prospects of Ukrainian aerospace engineers, he has said.

Firefly made steady progress over the past couple of years. The company won contracts from Nasa, the Defence Advanced Research Projects Agency and the US Air Force for various missions. It also obtained a technology sharing agreement between Ukraine and the US. The company has a large rocket manufacturing and testing operation in Central Texas and had operated a subsidiary in Ukraine to help with technology development.

While Ukraine is an ally of the US, its ongoing conflict with Russia has increased worries about what might happen to valuable technology inside of the country. Russia has been building up forces at the Ukrainian border, heightening fears that it will invade the country.

In November of 2020, Polyakov stepped down from Firefly’s board and then in May of 2021, he sold off a large chunk of his stake in Firefly, as the company raised US$75mil (RM313mil) and obtained a valuation of more than US$1bil (RM4.2bil). These moves, along with the appointment of former government officials to Firefly’s board, were meant to open the way for more government contracts. Polyakov pulled back from the company and has said he was leaving all of the business and technology decisions to Firefly Chief Executive Officer Tom Markusic, who previously worked at Nasa and Elon Musk’s Space Exploration Technologies Corp.

A spokesperson for the US Treasury Department, which chairs CFIUS, declined to comment. A representative for Markusic didn’t respond to a request for comment.

Polyakov sits among the likes of Elon Musk and Jeff Bezos as the individuals who have risked huge portions of their personal fortunes on commercializing space. Firefly makes what is considered a mid-sized rocket capable of flying dozens of satellites into orbit on each launch. The company also has plans for a lunar lander and later a spaceplane.

Polyakov had moved his family to Silicon Valley and, in multiple interviews over the years, had characterised his large investment in Firefly as a patriotic gesture for the US. He voiced fears, which others in the aerospace industry shared, that Ukranian technology could make its way to North Korea, Iran or other enemies of the US without an infusion of money and interest in the local aerospace industry. – Bloomberg

2021: A year of space tourism, flights on Mars, China's rise 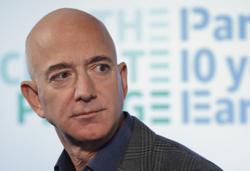 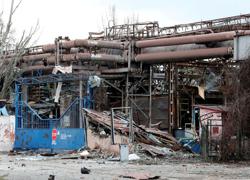