In China’s time-poor society blind boxes are seen as an easy way to meet potential dates, but not everyone is happy with the outcome. Offline, there are also stores and street vendors selling such boxes for as cheap as less than US$0.16 (67sen). — SCMP

Besides looking for a decent job, finding Mr right is the other important thing for 25-year-old Shannon Yang, who’s about to finish her postgraduate studies in Beijing.

A shy woman whose classmates are mostly female, she decided to try a popular way to find her new romance after an unsuccessful relationship recently – dating blind boxes.

By spending 9.90 yuan (RM6.51) on a blind box from a mini-application built into the WeChat platform, she got the contact and basic information of a guy who also wished for a blind date.

The application, called Human Romance Plans, focuses on university students in Beijing and helped with a pre-screening of candidates for her.

So far Yang has bought three, where there was information about the man’s WeChat number, height, weight, a grade for his appearance given by himself, and a brief description of his hobbies and interests, but so far none seem to have brought her any luck.

“I added them on WeChat. There was someone I enjoyed chatting with, but then he suddenly disappeared before we had the opportunity to meet each other face to face,” she said.

Like Yang, many of China’s generation Z are pinning hopes on those “cheap but fun” mystery boxes to pursue relationships as they have burgeoned in popularity online and offline, but most of them have wound up disappointed, and some have even been harassed by strangers.

Hundreds of mini-apps could be found on WeChat when searching for the phrase “dating blind box” or other words like “matchmaker box” that mean similar things. 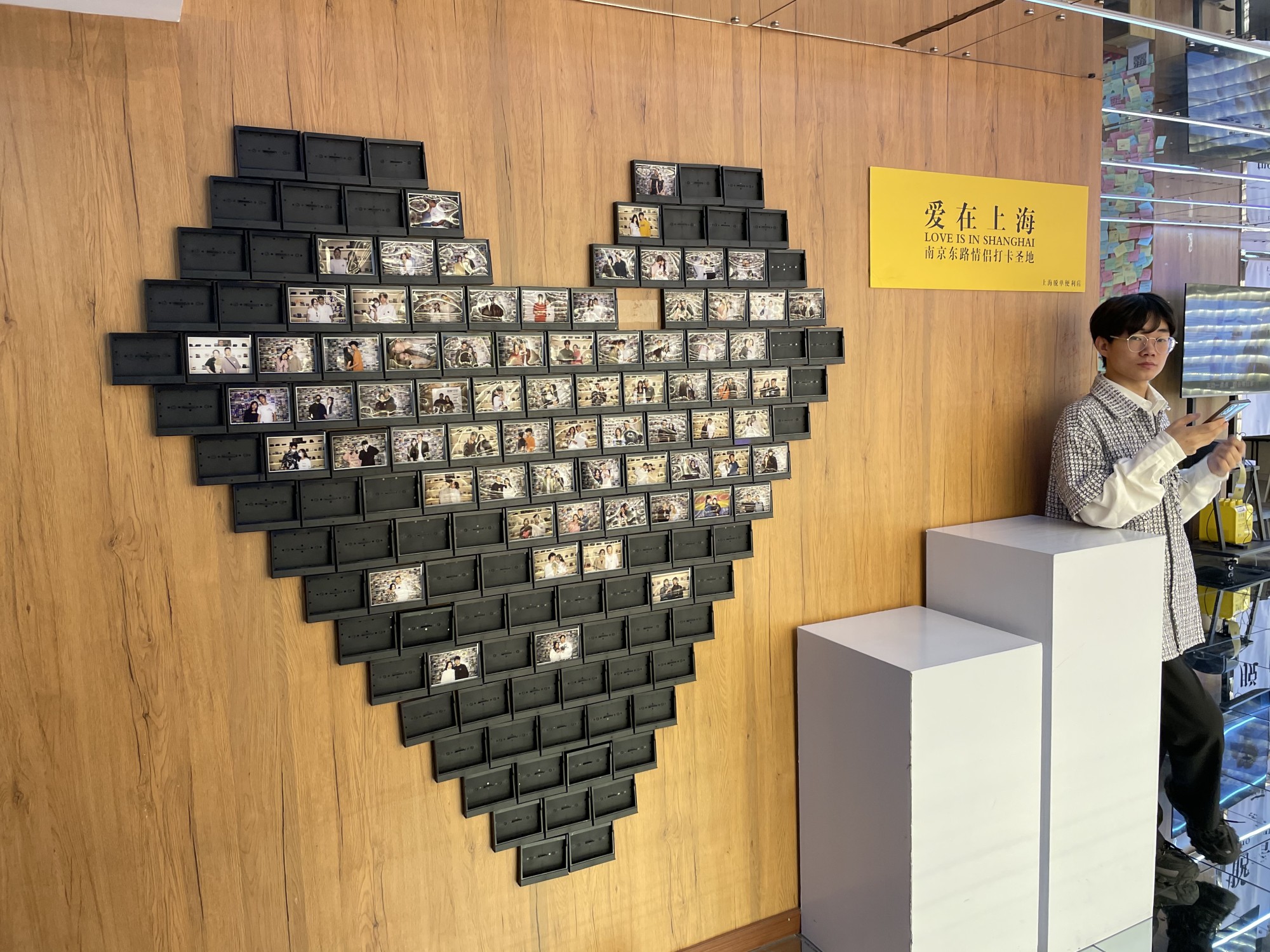 Offline, there are also stores and street vendors selling such boxes for as cheap as 1 yuan (67sen).

In a store named “Dating Convenience Store” in a shopping centre in Shanghai’s bustling East Nanjing Road, roughly a thousand bottles containing information of love-seekers occupied an entire wall. Customers are charged 34 yuan (RM22.35) to leave their information in a bottle, and another 3 yuan (RM1.90) if they want to take one from others.

The bottles are differently coloured, red for men and pink for women, and categorised according to the person’s star sign.

Albert Cai, who co-founded the business, which now has chain stores in four other cities and many copycats across China, said he thought those mystery bottles are attractive to young people in pursuit of romance because on the one hand, traditional dating apps and platforms are “too serious” and on the other, the idea of blind boxes has been particularly popular in recent years. 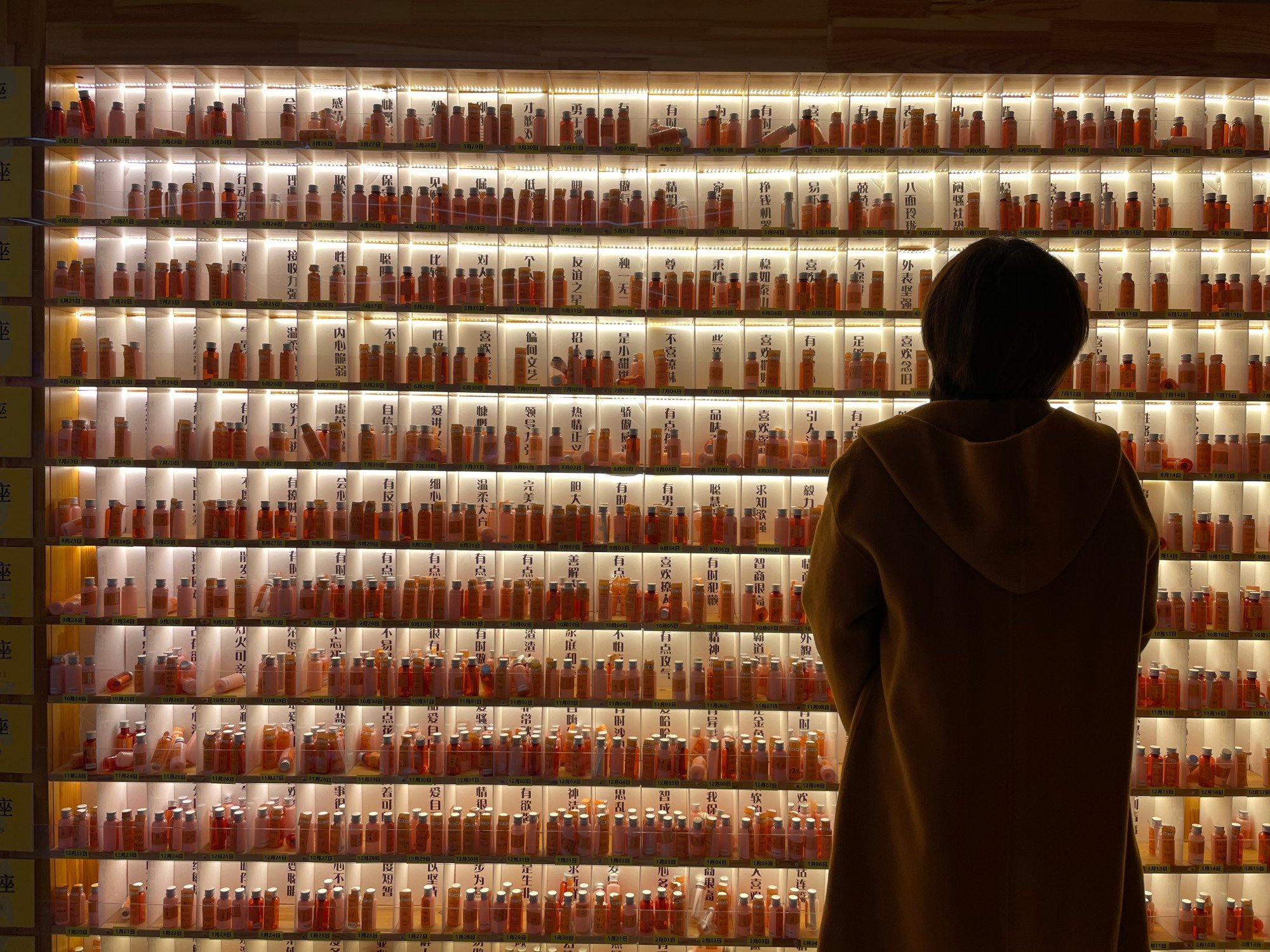 “The process of finding out about a stranger is fun. People are trying their luck for what we call in Mandarin ‘yuanfen’, or fateful coincidence, by paying for such uncertainty,” he said.

Wang Yifei, a male patron, said he wanted to have a try because it was “simple and straightforward”.

“I’m one of these who have social phobia. Starting by chatting online is much easier for me. Besides, dating websites and apps are much more expensive,” he said.

With an increasing number of singles due to a falling marriage rate and rising divorce rate in recent years, China’s online dating market has expanded from about 2.7bil yuan (RM1.77bil) in 2014 to 5.1bil yuan (RM3.35bil) last year, according to Beijing-based data analysis firm BigData-Research.

“Prefer staying at home/dislike hanging out” was the top reason those born in the 1990s said why they were single, according to a survey last year by zhenai.com, a leading dating website in China.

Not always a happy surprise awaits

But blind boxes don’t help much in most cases. Wang, like Yang, the Beijing student, said he never really dated anyone from the boxes except for adding a few new contacts on WeChat.

And when bad luck comes, the boxes could bring someone with other purposes instead of dating.

Liu Minli, a 22-year-old student in Hangzhou, Zhejiang province, said she bought a few dating blind boxes from a street stall at a night market one day out of curiosity and one of them turned out to be an online retailer seeking to sell his products.

“I picked a few guys’ boxes from a street stall – why not since it was just 1 yuan (67sen)? And then I talked to them online and one of them simply promoted health products to me,” she said.

“He kept sending me shopping links and advertisements and tried to talk me into buying. I was so annoyed that I finally blocked him,” she said.

Yi Shenghua, director of Brave Lawyers law firm in Beijing, warned of various risks including sexual harassment and financial fraud for those who seek love from a blind box, although it “seems new and fun”.

When participators volunteer to put their information into the boxes and wait for someone to pick them, no infringement or theft of personal information would be involved by law, he said.

However, “it would be very hard for participators to hold the business owner accountable if they encounter harassment, privacy leakage, or scams during contact with the strangers they pick. They have to take the consequences themselves,” he said.

For business owners who obtain and sell the information for profit, “in a bad scenario, their act can be subject to legal liability for the crime of selling and illegal supply of private information,” he warned.

“Also the idea of dating blind boxes could be easily imitated by criminal gangs, who could obtain citizens’ private info by establishing such stores and set multiple traps to gain their trust, before tricking them out of money,” he added.

However, Yang, the Beijing woman, said she might keep trying, as she believed it’s relatively safer to use an app for university students only.

“I know the possibility (of finding true love) is low, but there are people who really fall in love via such blind boxes,” she said. – South China Morning Post

Love was in the air for Twitter this year