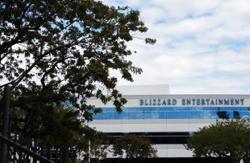 The mass sacking via Zoom attracted social media fury, and in an apology posted on the company’s website on Dec 7, Garg expressed remorse for the way he handled the layoffs. — Photo by Chris Montgomery on Unsplash

NEW YORK: The CEO who last week laid off 900 employees in a single Zoom call has apologised after he attracted sharp criticism when the video was posted on social media.

Vishal Garg, head of online mortgage originator Better.com, convened employees over the video streaming platform and told them “if you are on this call, you are part of the unlucky group being laid off”, according to a video posted online. “Your employment here is terminated, effective immediately.”

The mass sacking attracted social media fury, and in an apology posted on the company’s website on Dec 7, Garg expressed remorse for the way he handled the layoffs.

“I failed to show the appropriate amount of respect and appreciation for the individuals who were affected and for their contributions to Better. I own the decision to do the layoffs, but in communicating it I blundered the execution. In doing so, I embarrassed you,” he wrote.

In the Zoom call last week, the CEO justified the firings saying “the market has changed”.

But he expressed some regret, saying “this is the second time in my career I’m doing this, and I do not, do not, want to do this”.

“The last time I did it I cried. This time I hope to be stronger,” Garg said, speaking calmly and glancing at notes.

Last week, Better.com announced it had received US$1.5bil (RM6.31bil) in financing from investors including Japan’s SoftBank, half of which was hitting its accounts immediately. – AFP