Black influencers in the US are paid less than white influencers, study finds 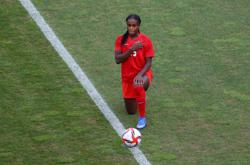 35%. That’s the difference in income between a white influencer and a Black influencer. According to a study called “Time to Face the Influencer Pay Gap”, conducted by influencer marketing agency MSL in partnership with The Influencer League, a digital platform dedicated to educating and empowering a diverse group of influencers, discrimination on social networks is real.

The Black community faces more disadvantages on the social networks

To conduct the study, MSL and The Influencer surveyed 412 influencers living in the US between February and September 2021 across multiple platforms. “Influencers in the study were asked to report their follower count, race and income from brands.”

An amount that reaches US$47,509 (RM201,058) per year for influencers identifying as “people of colour”, highlighting the less advantageous situation for influencers in the Black community.

An earnings deficit for Black creators that is even greater on social networks than in other sectors of activity: “These are stark numbers by any measure. Just compare the 35% gap between white and Black influencers to the pay gaps in other industries – education 8%, business and financial 16%, construction 19%, media sports and entertainment 16%. The gap this study uncovered in influencer marketing vastly overshadows the gaps in any other industry,” said D’Anthony Jackson, digital and influencer strategist at MSL.

The study also showed that 77% of Black influencers were among the “micro influencers”, ie, having less than 50,000 subscribers, thus giving access to income from brands of about US$27,727 (RM117,340) per year, compared to 59% for white creators.

Conversely, 41% of white influencers are considered “macro influencers”, ie, having more than 50,000 subscribers, and being able to earn more than US$108,713 (RM460,073) compared to 23% for influencers from the black community.

“Nearly half (49%) of Black influencers report that their race contributed to an offer below market value. Widen out to include BIPOC influencers, and 36% reported the same,” the release noted.

While skin colour sadly still impacts influencers’ revenue, their content also plays a prominent role. According to the study, 59% of Black influencers, compared to 49% of BIPOCs, reported feeling a negative financial impact after posting content around race-related issues. Only 14% of white influencers shared this sentiment – a surprising finding when many brands have commented extensively on the Black Lives Matter movement on social media, calling for more equality and justice.

That being said, 79% of Black influencers still feel comfortable publishing content related to diversity, inclusion and equality. In fact, 90% of them say they are passionate about these topics.

Yet, according to the study, the buying power of BIPOCs, referring to Black, Native American and people of colour communities in general, is worth US$4.8 trillion (RM20.31 trillion). Forty-eight percent of Generation Z and 43% of Millennials are part of these communities, making these two generations “the largest and most important sector of the consumer market today”. And this influence will further intensify in the decades to come. – AFP Relaxnews

Why are wired headphones the hot new accessory for Gen Z? 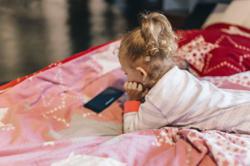