By DEREK GATOPOULOS and THEODORA TONGAS

A museum technician uses an app at the Olympic Museum in Athens, Greece. The installation is part of a digital restoration project by Microsoft and the Greek Ministry of Culture and Sport at Ancient Olympia, birthplace of the Olympic Games. — Photos: AP

OLYMPIA, Greece: What would it be like to walk around the ancient religious sanctuary of Olympia when the Olympic Games were held?

An unusual partnership between Microsoft and Greece’s Ministry of Culture and Sport is offering visitors the answer, launching an immersive tour Wednesday at one of the world’s major archaeological sites.

The program at ancient Olympia harnesses augmented reality technology that designers say has the potential to transform education, business and entertainment. Critics warn it will extend the invasive power of US tech giants.

The culture ministry helped Microsoft map and build virtual representations at Olympia, a site used for nearly a thousand years to host the games in ancient Greece that served as the inspiration for the modern Olympics.

“It’s a milestone... that helped us bring technology and culture and history together so we can preserve it,” Microsoft president Brad Smith said in a video message at the launch event.

Users can tour the site remotely or in person with an online presentation and an augmented-like mobile app at Olympia, seeing a virtual re-creation of temples and competition areas as they walk through the ruins. At the Olympic Museum in Athens, they can use Microsoft’s mixed-reality HoloLens headsets that overlay visual information on top of what the viewer sees.

Tilt up and a towering statue of Zeus plated in ivory and gold comes into view; turn left and peer into the workshop used by the famed sculptor Phidias at the ancient sanctuary more than 2,400 years ago.

“I’m absolutely thrilled that we’re able to present to the world a completely new cultural experience using technology to re-create the ancient world of Olympia,” Greek Prime Minister Kyriakos Mitsotakis told The Associated Press after joining a group of schoolchildren using the app for the first time.

Seventh and eighth-graders from a local school pinched, zoomed and rotated the monuments that had been brought to life on their smartphones, flipping between inside and outside views as they toured the site where athletes in antiquity competed in running, javelin throwing, wrestling, boxing, horse racing and other events.

“The app is really impressive. I think it can help with teaching in schools,” one of the children, Panagiotis Christopoulos, said.

Microsoft started the project 18 months ago, scouring Olympia with drones and sensors, after reaching an agreement with the Greek government to build three data centers in greater Athens in an investment to reach up to US$1bil (RM4.15bil).

Tech companies are racing to deliver mixed reality platforms and gear that would blend the Internet with everyday experience, with glasses doubling as personal projectors to provide extra information like route options for bicyclists, player stats for fans at sports venues, or virtual fitting rooms at home for shoppers.

It’s part of what’s being called the “metaverse”, a futuristic online world aimed at merging real and virtual life.

Microsoft’s HoloLens headset costs around US$3,500 (RM14,537) and is typically used by people like doctors or those maintaining jetliners but a convergence of cheaper eyewear, ever-shrinking processing power and faster Internet connections is starting to put it within mainstream reach, experts say.

“I think we’re very close to a tipping point where we will see the kind of glasses that feel ordinary and that aren’t abhorrent in terms of their physical size,” said David Rose, author of the new book SuperSight: What Augmented Reality Means For Our Lives, Our Work, And The Way We Imagine The Future.

“They’ll have a decent battery life, most of the computing will be in the phone. And I think those will jump to tourism and education and other mainstream things like that, certainly within a couple of years,” said Rose, a Massachusetts Institute of Technology researcher and tech product designer.

In an interview with The Associated Press on Tuesday, Facebook whistleblower Frances Haugen warned that the metaverse was likely to become addictive and rob people of yet more personal information.

Rose said augmented reality could add “cognitive crutches” that would erode personal calculation skills and further segment societies, with each user immersed in their own realities. But despite the dangers, he remains optimistic.

“They can be empathy machines and the most powerful educational tool ever invented,” he said. “They can help with training and helping people develop new skills so that they’re not out of the job. There are so many forces of potential here that I think it’s mostly exciting.” – AP 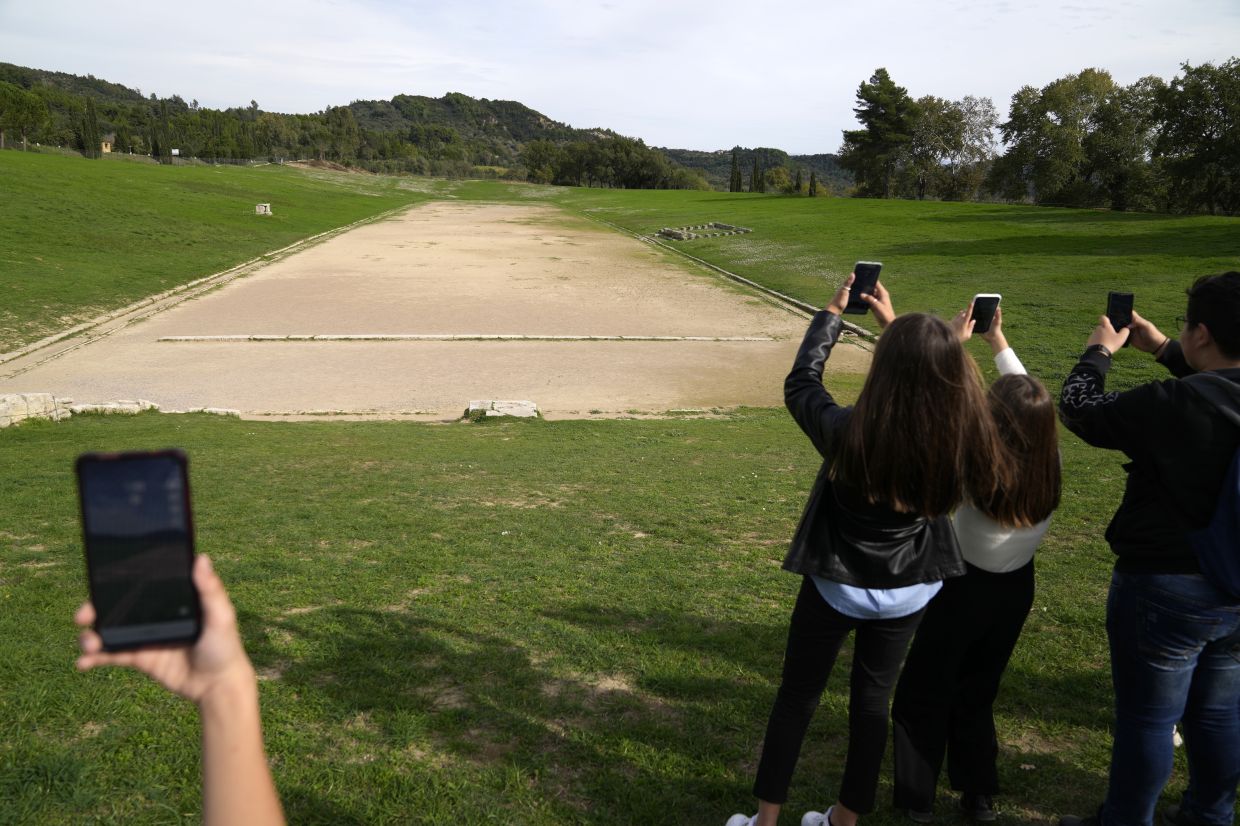 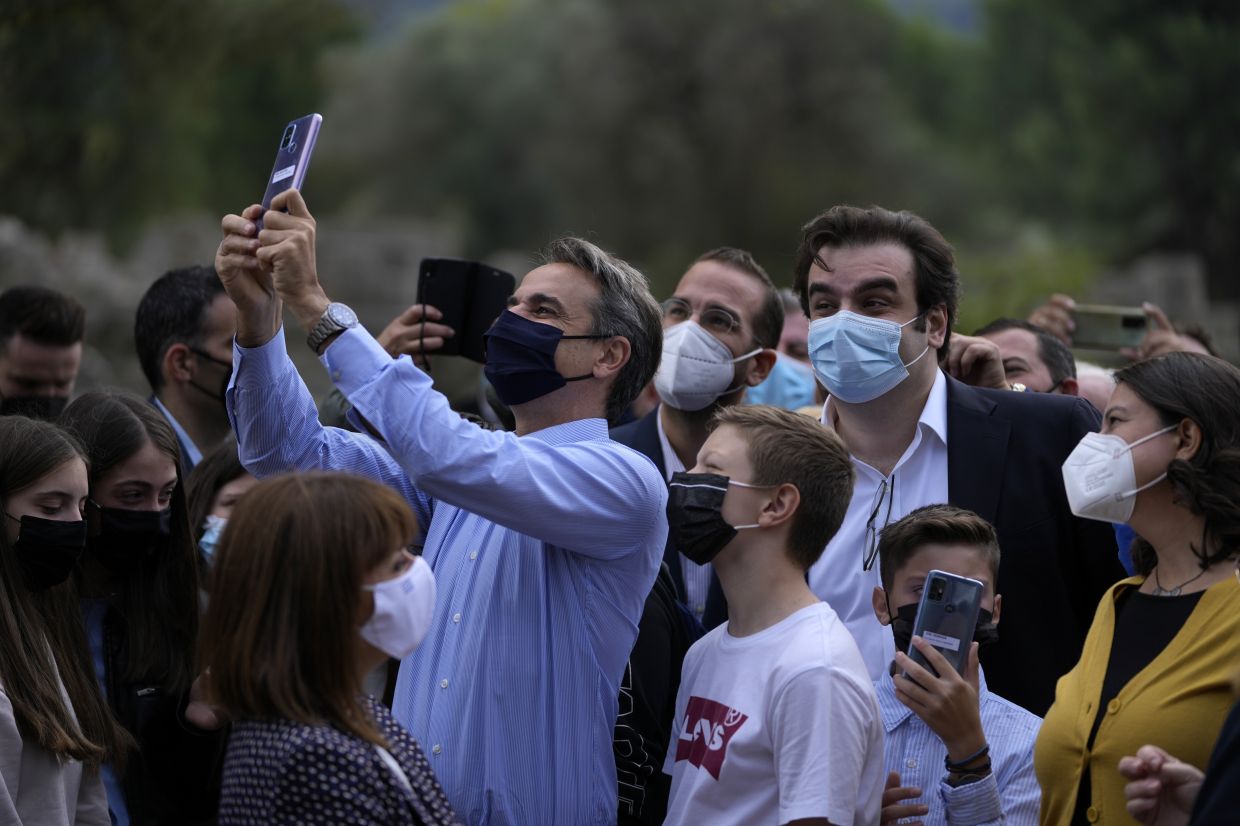 A museum technician uses an app at the Olympic Museum in Athens, Greece. The installation is part of a digital restoration project by Microsoft and the Greek Ministry of Culture and Sport at Ancient Olympia, birthplace of the Olympic Games. — Photos: AP

Museum supervisor Xenia Vlahou uses mixed-reality HoloLens headset as she stands in front of a scale model of Ancient Olympia at the Olympic Museum in Athens, Greece. — AP

A museum technician uses an app at the Olympic Museum in Athens, Greece. — AP

A man uses a mixed-reality HoloLens headset at the Olympic Museum in Athens, Greece.

A museum technician, left, uses a computer at the Olympic Museum in Athens, Greece.

The image of an ancient temple is reflected on a mixed-reality HoloLens headset worn by abmuseum technician as a projection of Ancient Olympia is seen in the background at the Olympic Museum in Athens, Greece.

School students use a mobile app at the ancient site of Olympia, southwestern Greece. Microsoft launched a digital restoration project at the ancient birthplace of the Olympic Games in southern Greece Wednesday to provide visitors an immersive recreation of temples and competition areas as they walk through the ruins.

A school student scans a QR code at the ancient site of Olympia, southwestern Greece.