ROME (Reuters) - Telecom Italia expects to carry out plans to extract value from its cloud venture Noovle in the second part of next year, the head of Italy's biggest phone group Luigi Guitosi said on Wednesday.

In August, Gubitosi had said the company was considering options for its cloud unit, including the entrance of new investors. Gubitosi added a separate potential deal on the creation of a national strategic cloud hub should emerge in the first half of 2022. 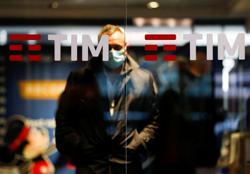