Digital addiction: How to know you’re hooked (and how to prevent it) 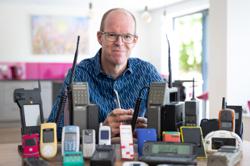 Being alone with a computer for a very, very long time: Not a good idea. — dpa

Is it a bad thing to watch Netflix instead of talking to your partner? And is it weird that you always have to bring your mobile phone into the bathroom with you? Experts say your self-confidence could stand to gain if you find it hard to stay offline.

A lot of people spend most of their spare time in digital worlds, with studies showing an increase during the Covid-19 pandemic.

Some find it hard to tear themselves away from gaming, streaming, social media or chatting. But when can you say someone’s addicted to digital devices, media or platforms, and how do you become an addict?

“It’s really serious if you neglect other areas of your life, such as your friends, family, hobbies, and at some point personal hygiene too,” says Martina Haas, a psychologist specialising in media and online addiction.

These people are so occupied with digital devices that they hardly eat, sleep or shower. Although they’re aware that their behaviour has adverse consequences, they can’t stop, she says.

“What’s more, they keep increasing the ‘dose’ and experience withdrawal symptoms if they try to stay offline.”

They don’t like to talk about it and feel guilty towards their family, Haas adds, and some immerse themselves even deeper into virtual worlds to escape the stress.

Females suffering from digital addition tend to spend their time on social media, and males on electronic games, according to Haas. What addicts have in common, though, is a craving for something they’re missing in their life, she says: “If you find you can’t break free, you’re usually looking for something you lack in the real world.”

Media educator Kristin Langer says it’s not surprising that many people are spending considerably more time with digital devices during the pandemic than is normally advisable.

“Immersing yourself in a digital world can give you moments of happiness and feelings of achievement, but experiencing them exclusively in digital worlds isn’t sustainable in the long term,” remarks Langer.

The ability to regulate yourself develops gradually with your personality, she explains. “The process takes time and isn’t yet complete in some adults.”

As a general rule, it’s important not to develop a dependency in childhood, says addiction therapist Niels Pruin, since it often remains for life. “The earlier a child’s problematic media use begins, and the longer the behaviour lasts, the harder it will be to kick the habit in adulthood,” he points out.

Pruin says the people who come to him for digital addiction counselling are often young men who have withdrawn from society and find it very difficult to establish social contacts. “They’ve lost the ability and are extremely dissatisfied with themselves. Many are afraid they can’t make the grade in real life any longer.”

People suffering from digital addiction frequently have accompanying conditions such as depression, anxiety, obsessive-compulsive disorders or social phobias, Pruin notes. “It’s not just a matter of digital media consumption for its own sake. Rather, they’re often trying to compensate for other deficits with their problematic consumption.”

To determine whether you might be addicted to digital media, you should try to dial down your problematic consumption. “If you think you can stop at any time, then do it. And if you realise you can’t, you should seek professional help,” he advises.

Pruin offers a few tips to people who may not be addicted but who heavily consume digital media, for instance with their smartphone. “If you want to game less with your smartphone, it helps to make it as unattractive as possible, for example with an irritating ringtone, embarrassing wallpaper or very complicated access code.”

You could also make the dining and bedside tables smartphone-free zones, and not take the device with you into the bathroom.

“The loo is a place you withdraw to and aren’t disturbed. No one wants anything from you there, and you associate this with reaching for your smartphone,” Pruin says. “It’s classical conditioning in your brain – addiction conditioning. And you’ve got to decondition yourself.”

There are many things you can do to prevent digital addiction, Pruin says. The motto is: Boost your self-confidence. Sporting or creative activities in your leisure time, a basic interest in people, and a circle of friends play key roles.

Being able to bear boredom is also very important, says Pruin. “It’s a really big problem: Many people don’t know how to deal with an unpleasant feeling such as boredom because they’ve never learned how.” – dpa

If Facebook is the problem, is a social media regulator the fix?

How much screen time is too much? The answer is 'It depends'