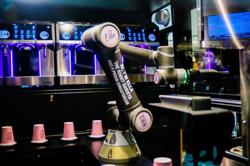 Caltech engineers have developed a small robot, Leonardo, a mix between a biped and a drone. — AFP Relaxnews

Researchers at the California Institute of Technology (Caltech) have developed an amazing bipedal robot that can walk as well as fly. It may not look like Iron Man, but its agility is reminiscent of the comic book creation. This robot could be used to help the military and rescue workers in the future.

Leonardo (short for LEgs ONboARD drOne) is both a walking robot and a flying drone that can be controlled remotely. It can even jump and skateboard according to its designers. To keep its balance, it uses both its two articulated legs and propellers as arms. This unique agility could allow it, in theory, to access certain places inaccessible to humans.

There are already bipedal robots of varying degrees of sophistication that can navigate over slightly uneven terrain. But by equipping Leonardo with propellers that allow it to fly, Caltech researchers have developed a machine that can soar over these areas while remaining balanced, without risk of being damaged. In this way, it could conceivably fly over a few obstacles before setting down and then walking again on more comfortable ground.

For the moment, Leonardo is still quite small, measuring about 75cm tall. The team that developed it now wants to improve it, in particular by making its legs more rigid and increasing the thrusting force of the propellers. Eventually, the idea is also that the robot can be “intelligent” enough to distribute the various manoeuvres across its legs and propellers in a totally autonomous way, especially on uneven ground.

In terms of applications in everyday life, this technology could be of obvious benefit to the military or rescue professionals. But the aerospace industry may also be interested, because sending this type of robot/drone to Mars (or elsewhere) could also be very useful, for taking various samples for example.

Leonardo is featured in the latest issue of Science Robotics. – AFP Relaxnews 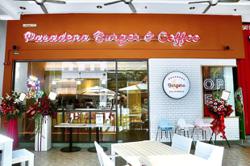