The scammers would express interest in purchasing victims’ gaming accounts and direct victims to fake websites to create the e-wallets to receive payment, the police said. — Photo by nicolas perez on Unsplash

SINGAPORE: Scammers are preying on people who post their game accounts for sale online, tricking them into paying to “unfreeze” fake e-wallet accounts.

The scammers would express interest in purchasing victims’ gaming accounts and direct victims to fake websites to create the e-wallets to receive payment, the police said on Tuesday (Sept 28).

When applying to create the e-wallets, victims would come across a “Terms and Conditions” page indicating that a fee would be incurred if there were errors in their account application form.

After setting up their e-wallets, victims would receive WhatsApp calls or messages from numbers typically starting with “+6011”. This is the country code for Malaysia.

The caller, who usually spoke in Mandarin, would claim to be a customer service officer from the e-wallet company and tell the victims their e-wallet account had been frozen due to errors in their account application.

After the “buyers” had purportedly paid into the fake e-wallet account for the game accounts, the victims would be told to make a fund transfer to bank accounts provided in order to unfreeze their e-wallet accounts to withdraw the funds.

In some cases, victims were asked to transfer more money, as the initial amount transferred was incorrect. They realised they had fallen prey to a scam when they were unable to withdraw the funds from the e-wallet and the buyer became uncontactable. The victims still retain their gaming accounts.

Screenshots from a victim showed scammers telling him to transfer S$500 (RM1,543) in order to unfreeze the S$500 (RM1,543) paid to his account by the “buyer” after having made an “error” in his application.

Police said the public should be wary of dubious websites claiming to provide e-wallet services, as well as any requests for fund transfers to strangers’ bank accounts. – The Straits Times (Singapore)/Asia News Network 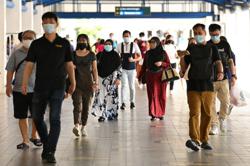 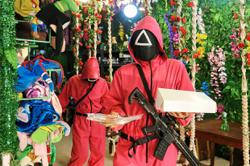