A protracted delay in game approval is likely to weigh on gaming business growth at Tencent and NetEase, which depend on the launch of new titles to sustain growth and draw in new users. — Reuters

Chinese regulators are reviewing new games to determine whether they meet stricter criteria around content and protections for kids, people familiar with the matter said, an effort that’s likely to slow rollouts in the world’s largest mobile arena.

The National Press and Publication Administration is re-assessing titles submitted for approval by developers from Tencent Holdings Ltd to Netease Inc to ensure they comply with fresh curbs on playing time and other anti-addiction safeguards unveiled in August, the people said, asking not to be identified discussing confidential matters. The watchdog turned back applications around late August and asked developers to re-submit titles with the new mandatory measures built in, they said.

The review is stoking nerves across an industry already dealing with heightened uncertainty as Beijing pursues a campaign to rein in unruly Internet spheres, curb gaming addiction and nudge its youth towards more productive pastimes. On Aug 30, regulators unveiled rules that went into effect this month to limit play time for minors to just three hours a week, and banned companies from providing services to users without real-name registration. Beijing is also zeroing in on “money worship” and other unsavoury content.

The strictures can be very specific: regulators are cracking down on increasingly popular zombie-themed games because they’re “too scary” by NPPA standards, one of the people said. Another person said that there was increasingly tight scrutiny over what regulators see as undesirable subjects.

The adjustments have revived painful memories among investors of a 10-month freeze on game monetisation licenses in 2018. Still, while the new criteria introduces an additional layer of complication, regulators continue to process applications, the people said. A Tencent spokesperson declined to comment, while representatives with NetEase didn’t respond to requests for comment. The NPPA didn’t respond to faxed requests for comment.

Tencent has joined an industry-wide selloff this year as investors ponder Beijing’s intentions for the industry, which a state-backed newspaper in August accused of peddling “spiritual opium” before walking back that charged description. The criteria China will use for approving new titles became the subject of fierce dispute last week after regulators summoned the country’s biggest games companies to a discussion of new requirements and decried the “solitary pursuit of profit”, the official Xinhua News Agency reported.

The South China Morning Post initially reported there would be a freeze on approvals, but later corrected its story to say approvals would merely slow. A protracted delay in game approval is likely to weigh on gaming business growth at Tencent and NetEase, which depend on the launch of new titles to sustain growth and draw in new users.

“The slowdown on new-online game approvals in China, as reported by the South China Morning Post, may cut market growth for domestic mobile games by a third in 2022, leading to lower estimates for Tencent, NetEase and peers. Group valuations may languish as the gaming crackdown continues. Activision Blizzard and Nexon may also feel a pinch,” said Bloomberg Intelligence analysts Matthew Kanterman and Tiffany Tam.

Investors are on edge because of a months-long government campaign to rein in industries from e-commerce and ride-hailing to social media. The concern is that Beijing will next train its attention on an arena that’s pivotal to the bottom line of media giants from Tencent to Apple Inc and Activision Blizzard Inc.

The turmoil adds to the uncertainty for investors and developers already tasked with overhauling systems across hundreds of disparate titles and platforms to comply with the curbs, including an envisioned nationwide player-identity database. Tencent and NetEase shed more than US$60bil (RM249.51bil) of value in Hong Kong last Thursday after Xinhua’s report.

Adding to the confusion, Tencent’s hotly awaited League Of Legends Mobile title didn’t launch on Sept 15 as initially anticipated because “it needed to improve the gaming experience”, while regulators have not yet released their regular monthly list of approved titles for August, which is typically unveiled just before or after the end of the month.

Here are key points from the September meeting as reported by Xinhua:

– The gaming companies were asked to “profoundly understand the importance and urgency of preventing minors from online game addiction”. They were urged to implement rules aimed at “boosting youth development”.

– The companies were asked to “fully and faithfully impose the time limit on underage gamers and banned from providing online game account trading services for minors”. They were ordered to step up the examination of games’ content, including removing obscene and violent content and avoid “money-worship”.

– The companies were asked to end “the solitary focus of pursuing profit or attracting fans and other erroneous tendencies, and change game rules and designs inducing addictions”.

– They are supposed to restrict celebrity endorsements in game advertising. – Bloomberg 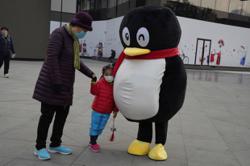 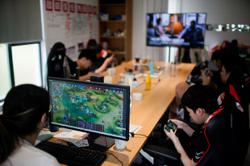