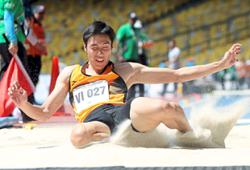 The yellow sidewalk pannels, also known as tenji blocks, which are aimed to help people with visual impairments, are seen inside a train station in Tokyo — Relaxnews

The tactile paving was invented in Japan more than 50 years ago to help those with visual impairments move smoothly and safely around urban environments. And they've gone global over the years, becoming a familiar sight in cities from London to Sydney.

The tiles, typically found at railway station platforms, pedestrian crossings, and in front of public buildings, are usually yellow, which is often said to be the easiest colour for the visually impaired to see. They come in two types: squares with long raised parallel strips tell pedestrians they can proceed safely and keep them following the road, while those with raised bumps indicate a change of direction or stopping point like an entrance, or a possible danger like a platform edge, staircase or traffic light.

"Walking along the tactile paving reassures me that it is safe to walk there," Toyoharu Yoshiizumi, executive member of the Japan Federation of the Visually Impaired, told AFP. Yoshiizumi, who lost his sight at age 12, commutes about 40 minutes every day, guided by tenji blocks -- named for the Japanese word for braille.

"Roads are never straight and are often curved or twisted, and thanks to the guide blocks, I feel safe because I know I'm walking along the streets."

The now-ubiquitous blocks were the brainchild of local inventor Seiichi Miyake from western Japan's Okayama .After witnessing a blind person with a cane almost hit by a car at an intersection, Miyake decided to devote himself to inventing something to keep visually impaired pedestrians safe.

In 1967, Japan's first tenji blocks were donated for a crossing near a school for the blind in Okayama. Miyake's brother helped him develop the tenji blocks and later said he would "never forget the emotional moment" when the tiles were first put to the test by a pedestrian. It would take another three years for the tiles to reach the first district in Tokyo, and over time they went global, becoming so well-known that they featured as an animated Google Doodle in 2019.

And tenji block innovation continues today. While the blocks help keep pedestrians safe and on track, they don't give much more information, including which direction a person is headed.

But an app launched this year aims to address that, with QR codes pasted onto blocks in several Tokyo stations, which pedestrians can scan for spoken information including directions and distance to their destination.

"A lot of information comes from vision but visually impaired people don't have access to that," said Yuichi Konishi, chairman of LiNKX, which developed the app.

"We wanted to do something about it with technology."

With the app, users can choose destinations such as specific exits, toilets and train cars. So far QR codes are available at nine Tokyo metro stations and the company hopes to see the project expand.

'We can do a lot of things'

Tenji blocks alone are not always enough to keep people safe. Last year, a visually impaired man fell onto the train tracks at a Tokyo station and was hit by a train despite the blocks on the platform. Increasingly though, platforms feature doors that open only when a train is in the station. Other safety measures in Tokyo include crosswalk sounds that tell people when to cross, and recordings that announce the start or end of an escalator.

Yoshiizumi said those with visual impairments need infrastructure but also support from others.

"As far as awareness is concerned, I find that openness towards people with disabilities has increased considerably," he said.

"When I walk through a station, station employees of course speak to me, but nowadays I very often hear other passengers offering their help to guide me."

And he's hopeful that the Tokyo Paralympics, will help improve inclusion for people with disabilities.

"People think, oh you can't do this or do that because of disabilities."

"I hope that watching the Paralympic Games will change their perceptions so that they will understand that we can do a lot of things," he said.

"I think it would make the world a better place for people with disabilities." – AFP Relaxnews 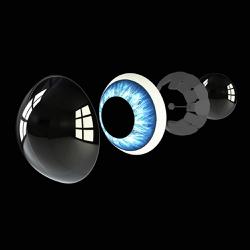