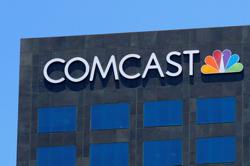 SAN FRANCISCO (Reuters) -In June, the International Brotherhood of Teamsters, one of the nation's largest and most influential unions, vowed to make organizing the Amazon.com Inc workforce a top priority.

Two months later, details of the Teamsters' ground game are starting to take shape, Reuters has learned from interviews with local union leaders. While organizing workers is the ultimate aim, the short-term strategy is one of disruption.

Over the past year, the Teamsters have raised concerns about Amazon at local government meetings in at least 10 communities, leading to the scrapping of projects and the rejection of a tax break, as well as resolutions calling on the company to meet local labor standards, according to a Reuters tally.

From Fort Wayne, Indiana, to Oceanside, California, the Teamsters are popping up in city halls around the country, joining forces with community groups as they seek to persuade local officials to ask more of the tech giant or reject its expansion plans outright. They are training members at logistics companies on how to talk to Amazon drivers about the benefits of unionizing. In New York, the Teamsters weighed in on an antitrust bill passed by the state senate that would make it easier for regulators to pursue companies for anticompetitive conduct, and they have also backed antitrust bills in the U.S. House of Representatives.

Taken together, these early moves show the Teamsters are tapping into their network of more than 1 million members to take on Amazon at the local level. The escalating push suggests that while Amazon earlier this year fended off https://www.reuters.com/business/retail-consumer/amazon-union-drive-facing-long-odds-final-votes-counted-2021-04-09 an attempt by the Retail, Wholesale and Department Store Union (RWDSU) to organize workers in Bessemer, Alabama, the fight with organized labor has only just begun, and it is being waged across the country.

The Teamsters are playing the long game, showing that while organizing Amazon workers is a long-term project, they can keep the company on its toes by challenging expansion plans in the meantime.

Most Amazon facilities "have to be built in a particular area for operational needs," Randy Korgan, the Teamsters' national director for Amazon, said in an interview. "Why would any community give anything away?"

Rather than holding votes supervised by the National Labor Relations Board, as the RWDSU did in Bessemer, the Teamsters have indicated they will seek to ratchet up pressure on Amazon through tactics such as community demonstrations, strikes and boycotts until the e-commerce giant is forced to deal with them.

With its vast, high-churn workforce, Amazon is viewed as one of organized labor's toughest targets, and nixing a proposed warehouse is a far cry from organizing a workforce. The United Food and Commercial Workers International Union, for example, have fought Walmart Inc's expansion for years using similar tactics, but have yet to bring U.S. workers into the fold.

Still, local forums such as town halls and planning commission meetings are a good place to start, said Pat Garofalo, director of state and local policy at the American Economic Liberties Project, a nonprofit.

"You have to reduce (Amazon's) ability to get their way at the same time as you are building up workers' ability to make demands," he said.

As one of America's largest unions, the Teamsters are well-funded, though their finances are decentralized, with money often concentrated in the hands of powerful local branches, said John Logan, a labor professor at San Francisco State University. That makes achieving local buy-in essential, though Logan does not think the Teamsters will have trouble uniting around the cause of Amazon.

Southern California, which is both an Amazon logistics hub and a place where unions enjoy strong support, has emerged as a key battleground. To speak out about a proposed Amazon facility in the San Diego suburb of El Cajon, the Teamsters knocked on the doors of some 700 neighboring homes and attended county meetings.

The union followed a similar playbook in Oceanside, California, inviting community members to sign "commitment cards" to stay engaged about an Amazon development. In August, the city council rejected the project.

The Teamsters are also closing ranks around Amazon in Massachusetts. In Boston and 11 surrounding municipalities, local leaders have passed nonbinding resolutions drafted by Teamsters Local 25 that urge Amazon to uphold local labor standards and meet with unions and community groups as it expands, according to Local 25.

In pushing the resolutions, the Teamsters targeted municipalities close to highways and airports, seeking to hit Amazon where it hurts, said Sean O'Brien, president of Local 25.

"Amazon is not happy about it," O'Brien said.

Boston City Councilor Liz Breadon, who co-sponsored the resolution, said it "sent a very clear message to Amazon that we take working conditions and pay and benefits very seriously."

Whether the Teamsters can slow the pace of Amazon's growth long-term is unclear, but one thing is certain - the fight will require stamina. In June, the city council of Arvada, Colorado, voted down a proposed Amazon delivery center after Teamsters business agent Dan Murphy and other community members spoke out against the project, citing concerns including traffic, safety and labor conditions.

Weeks after the vote, Murphy heard rumblings of another Amazon project that could be underway an hour to the north. 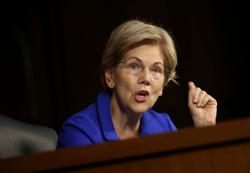 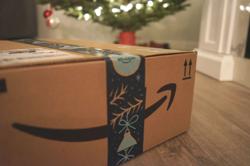