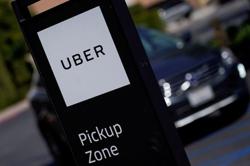 And yet anyone considering switching or subscribing to a new platform would do well to look past the promise of high-resolution streaming, as well as the emerging option of 3D audio.

The latter offers a more immersive sound than stereo by making it seem as if parts of the music are fixed in certain spaces around you, while high-resolution streaming brings CD-quality music rather than the usual compressed audio for a richer listening experience.

As promising as these new features may be, experts say they're not yet enough to make a major difference in everyday music listening for most users.

That's because the overall range of functions and ease of use counts just as much as audio quality, especially if you plan on listening over Bluetooth headphones, which rules out lossless audio, according to a detailed test by audiophiles at Germany's Computer Bild magazine.

The testers took a close look at five major providers, all of which scored in the "good" range in the overall evaluation, although the benefit of hifi audio failed to secure a win for any service.

Test winner Spotify managed to come in first place without any hifi or 3D features. The reason for the good overall usability rating: Spotify offers the most functions and is available almost everywhere.

The other providers score points with hifi sound, among other things, however it's worth mentioning that Spotify is also introducing HD audio as part of a new "HiFi" pricing tier in 2021.

The testers ranked Deezer second, followed by Amazon Music HD, Apple Music and Tidal - all have extensive hifi and some hi-resolution tracks on offer.

The 3D audio offer, on the other hand, is still modest, as the vast majority of audio content still needs to be remixed for this.

The Dolby Atmos technology used by Apple and other providers allows for the arrangement of instruments to be accurately reproduced in playback over headphones.

Here, the instruments remain in the same sonic space, even when you turn your head thanks to head-tracking technology in the headphones. However you'll need one of a small number of compatible headphones for this to work.

Hifi audio is also not available to everyone and the advent of high-res music comes with a disadvantage for all those who like streaming to Bluetooth headphones, as the testers note, because completely lossless audio is not possible when streaming to wireless headphones.

The reason is that the Bluetooth AAC transmission technology can't handle such high data volumes.

Another side effect of the new lossless strategy is larger audio files. To make sure your phone's mobile data volume and storage space aren't used up after just a few songs, users will have to choose different quality levels for mobile data, wifi or downloads.

Up to now, Apple, Amazon and most other streaming platforms have compressed songs for a lower bit rate to make them faster to stream on slower connections.

If you want to sign up to an audio streaming platform and are still undecided, you can test every service free of charge before taking out a subscription. – dpa

How Sweden became the Silicon Valley of Europe 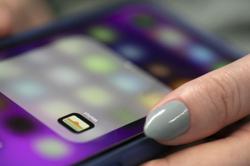