Do you have the FMWhatsApp mod on your phone? Delete it or risk a WhatsApp ban

According to security firm Kaspersky, the FMWhatsApp 16.80.0 mod was found to contain the Triada Trojan, along with an advertising software development kit (SDK). — AFP

WhatsApp offers several outstanding features, from group messaging to video calling, voice notes and disappearing messages. However, the app still lacks a few features found on other rival apps like Signal and Telegram, which is why some users are tempted to use third-party modifications (also known as mods) of WhatsApp.

A security firm has recently reported that one such mod, FMWhatsApp, is infecting phones with malware and that users should delete it fast or else WhatsApp will slap a ban on them.

Unlike the official version of WhatsApp, which can be downloaded from the Google Play Store, these WhatsApp mods are distributed through file-sharing sites and third-party stores where security is not given much importance. These unofficial mods, like the infected FMWhatsApp app, are known to infect users’ devices as one can never be sure of the source or origin of these files.

According to security firm Kaspersky, the FMWhatsApp 16.80.0 mod was found to contain the Triada Trojan, along with an advertising software development kit (SDK).

By enticing users with features like themes and customisation, as well as the ability to hide their ‘last seen’ and ‘online’ status on the app and turn off features like video calling, users who download FMWhatsApp app are infected with the trojan virus. Since users grant permissions to access SMS, storage, call logs and contacts, the malicious app has access to all of this data.

The app also begins to display full-screen ads and signs them up for premium services that can cost users a lot of money. Other users may also be tricked into installing malware as the FMWhatsApp app has access to messages.

However, a point that users must not forget is that along with the risks of losing data, their money and being bombarded with ads, they could also get their WhatsApp account banned because they are using the FMWhatsApp mod. Downloading and installing a modified version of WhatsApp is strictly against the company’s terms and can result in a temporary or permanent ban from the service.

If users have installed the FMWhatsApp app on their smartphone, they must uninstall the software right away.

How to save yourself from FMWhatsApp and other such apps:

1. Users can install the Malwarebytes app from the Google Play Store, or Sophos’ security scanner. These will quickly check users’ smartphone for unwanted software installed.

2. As FMWhatsApp app may have installed (or prompted the install) of other apps, users should also go through their installed applications, to keep an eye out for unauthorised applications.

Wherever they see one that is suspicious or something they don’t use, the delete option should be used. – Hindustan Times, New Delhi/Tribune News Service

Opinion: Want to read a tech company’s user agreements? Got 90 minutes to spare?

Facebook to bring voice and video calling to main app 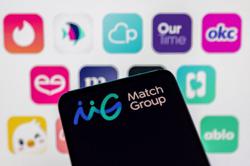