The pandemic pushed US consumers to buy groceries online. How many will still get them delivered? PHILADELPHIA: Jon Roesser, the general manager of Weavers Way Co-op, usually works with banks and suppliers to keep the grocery running, puts together the US$34mil (RM144.10mil) budget, or plans marketing promotions, like an upcoming sale on frozen shrimp.

But as the demand for home deliveries exploded during the pandemic, Roesser became a delivery driver, too. For a few weeks last year, he crisscrossed town in his 2000 Honda Accord, the trunk and backseat bulging with grocery bags. Store managers and the executive chef had to help deliver, too. “It was all hands on deck,” he said.

The co-op’s online orders skyrocketed from roughly 15 a week prepandemic to more than 800 by April 2020, excluding those managed by third parties such as Instacart. But the demand has fallen ever since. Weavers Way – with stores in Ambler, Chestnut Hill, and Mount Airy – received about 70 weekly orders last month for delivery and curbside pickup, according to sales data shared by Roesser.

“While demand has declined considerably compared to last spring, home delivery and curbside pickup does appear to be here to stay, now driven more by convenience than by necessity,” Roesser said.

The pandemic turned tens of millions of Americans into first-time online grocery buyers, fueling a 54% growth in web sales across the industry last year, according to the researcher eMarketer. Many of those customers are now returning to stores, preferring to pick their own produce and browse the aisles. But some of those online gains will stick, experts said, forcing groceries to adapt to changing shopping habits.

US online grocery sales should surpass US$100bil (RM423.85bil) this year, but the rate of growth has slowed, according to eMarketer. The research firm initially predicted sales would grow about 17% this year, but revised that down to about 12%, said Cindy Liu, forecasting director for eMarketer.

It’s unclear how many first-time web shoppers will stick with it, but some undoubtedly had a good experience, Liu said. Moving forward, those customers might not shop online most of the time, “but even if they convert one trip a month, that’s still a sizable growth,” she added.

Giant Co is focused on these so-called omnichannel customers, who split their shopping between in-store and online. These customers, who might request deliveries when they’re too busy for the store, ultimately spend more at Giant, said Matt Simon, the grocery’s vice president of brand experience. Groceries that can capture both a customer’s online and store sales will win in the future, he said.

“So much of a customer’s wallet is spread across different retailers today,” Simon said. “There’s so many online pure plays and brick-and-mortar stores. If a customer can see that one brand can solve what they need, then they’ll give more visibility to that brand.”

To this end, Giant has launched temperature-controlled lockers for customers to pick up orders. It has turned parts of four stores into micro-fulfillment centers, where workers prepare orders for delivery. And the chain now accepts food stamps (now known as SNAP benefits) for online orders. But the grocery chain still believes in brick and mortar. It recently opened a flagship store in Philadelphia with a beer garden and plans to open four more stores in the city.

“People are so busy nowadays, especially now that they’re out and about again, that we definitely believe ecommerce is here to stay,” Simon said. “But it’s not at the expense of the stores, as I believe some other people may have said prior.”

Jeanne Patterson, 67, of Drexel Hill, started using the delivery platform Instacart during the early days of the pandemic. She’s now a fan of online ordering, saving hundreds of hours of shopping time, she said. Instacart also remembers which items Patterson previously purchased, a big help since she’s not good at writing grocery lists. She can use the app for multiple stores, too, including Wegmans, CVS, and Costco.

“It’s really opened up the availability of products and stores that I wouldn’t go to because it’d be too far, too much of a hassle,” Patterson added.

But others who tried digital grocery shopping were eager to return to stores once they felt safe. Rich Allen, 39, of Center City, grew frustrated as he received perishable items that quickly expired. He said one order included items that were “old, mouldy, or crushed”. Then there were the prices. He noticed some products, such as bread or cases of water, were more expensive when ordered through an app than bought on site. Those markups were on top of the service fees and tips for drivers.

“There were just tons of times where we were getting the wrong items, or we didn’t get our items at all,” Allen said.

The economics of e-commerce aren’t great for groceries, which already operated on slim profit margins before the added cost of deliveries. Even Amazon.com, the world’s largest online retailer, is now adding delivery fees for some Prime members who order from Whole Foods.

Retailers are experimenting with ways to cut costs. Some partner with third parties like Uber and Instacart, which send gig workers into stores to grab items and deliver them to doorsteps. But these firms charge grocery stores commissions for facilitating sales. So other retailers are trying to fulfill orders themselves by building warehouses or converting parts of their stores into delivery centers.

“You’re putting a lot of money in now hoping for the best in the future,” said Liu, the eMarketer researcher. “And a lot of smaller retailers won’t have that capital to really invest in that.”

Weavers Way, collectively owned by more than 10,000 member households, essentially built its online ordering system overnight. The co-op had an informal delivery service before the pandemic, taking orders over the phone or by email, Roesser said.

When the coronavirus struck, Weavers Way made a basic ordering form on its website, reassigned cashiers to delivery, and hired laid-off waiters and baristas. The co-op had about 18 workers solely focused on online orders, not counting employees like Roesser who helped. At one point, Weavers Way opened its stores two hours late each morning to make time for fulfilling orders.

“Logistically and operationally, it put a lot of strain on us,” he said. “Our business was set up to be a retail business. It wasn’t set up to be a fulfillment center.”

The crush of online orders has since subsided, but Weavers Way officials believe it still needs to maintain an online presence. The co-op now has about six staffers handling digital grocery sales and has partnered with Mercato, an ecommerce platform with more sophisticated ordering capabilities and a 20-mile delivery radius.

“We feel that it’s a sort of a game that we have to be in,” Roesser said. “Otherwise we run the risk of giving all that business to Amazon.” – The Philadelphia Inquirer/Tribune News Service 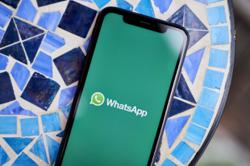