He built an US$8.9bil fortune. Then the controversies began.

By Yoojung Lee and Sohee Kim

Coupang is facing renewed criticism from labour unions and customers about working conditions, with the trigger being a deadly fire at a fulfillment center in June. — Coupang

Bom Kim amassed a fortune at Coupang Inc, the Amazon of South Korea, that reached as much as US$8.9bil (RM37.71bil), and became the poster child of a new kind of wealth generation in the country: self-made riches from the technology world instead of the dynastic hoards of decades-old conglomerates.

Much was made about how the new breed of titans was different, more willing to give back to society and more considerate of employees. Coupang, for example, promised staff and frontline workers about US$90mil (RM381.42mil) in stock awards when it listed in New York in March.

But just months after its blockbuster initial public offering, the e-commerce giant is under pressure for a series of controversies, and some South Koreans are reconsidering their attitude to the billionaire and his company.

Coupang is facing renewed criticism from labour unions and customers about working conditions, with the trigger being a deadly fire at a fulfillment center in June. Daily users of Coupang’s app dropped by more than 700,000 at one point amid a boycott of the company following the blaze. An ill-timed public statement – the same day as the accident – on Kim’s move to step down as chief of the Korea business was widely viewed as an attempt to shirk responsibility, adding to the outrage.

“Self-made entrepreneurs are becoming part of the privileged class,” said Park Sangin, a professor at Seoul National University’s Graduate School of Public Administration. “They are becoming a new type of chaebol,” he said, referring to the country’s family-controlled conglomerates.

In an emailed response to queries from Bloomberg News, Coupang said it cares “deeply about the welfare of all employees” and takes its “responsibility to protect their health and safety seriously”. It also strives to achieve more equality at the workplace by granting “an enormous amount of equity to workers, creating wealth for all” its employees and also in the broader society by providing support for small- and medium-sized enterprises, it said. On Kim’s resignation from the Korean business, it said the change became public through a government website before the fire, and the timing of the announcement was just a coincidence.

Billionaires around the world are no strangers to criticism targeted at their vast wealth. Jeff Bezos has faced a backlash against what critics call poor working conditions at Amazon.com Inc and for firing employees who protested. Facebook Inc’s Mark Zuckerburg has come under fire for the social media giant’s influence on politics and society.

But the situation is more nuanced in South Korea. While the country’s family-controlled chaebol remain unpopular, having been embroiled in scandals and corruption cases, there’s hope that the new breed of entrepreneur will turn out to be different – and more willing to give back to society. Brian Kim, for instance, the founder of mobile-messaging giant Kakao Corp and now the country’s richest person, pledged to give away most of his fortune.

The question for Coupang is whether the fire and changing attitudes will hurt its business. The company’s net loss widened in the second quarter after it spent heavily on expansion and the blaze damaged one of its main fulfillment centers. Its shares are down 7.5% from going public through Wednesday’s close. The S&P 500 Index gained 13% in the period. Unless the company fixes its internal culture, it could face another crisis that would hit its stock and bottom line, said Suh Yonggu, a professor of marketing at Sookmyung Women’s University.

Kim, 42, was born in Seoul and moved to America as a child, later obtaining US nationality. He returned to South Korea and started Coupang in 2010 after dropping out of Harvard Business School.

Today, Coupang is the most-used shopping app in South Korea, and one of the country’s biggest employers. Revenue almost doubled last year to US$12bil (RM50.85bil) as demand for online shopping surged during the pandemic.

Backed by Masayoshi Son’s SoftBank Group Corp, Coupang raised US$4.6bil (RM19.49bil) in its IPO, despite posting losses for years. It surged on its first day of trading. While Kim’s wealth has fallen from its peak, he’s still worth US$5.7bil (RM24.15bil), according to the Bloomberg Billionaires Index.

On June 17, a fire broke out at a fulfillment center in Icheon, outside Seoul, killing one firefighter. Local media reports, which linked to CCTV footage, said the blaze appeared to have been sparked by an electrical fault. The footage also appears to show that sprinklers didn’t immediately activate.

Police arrested employees of a company that managed electrical and fire safety at the warehouse for allegedly turning off fire alarms and delaying the activation of sprinklers. The case was sent to prosecutors after the investigation ended in late July, according to a police officer at Gyeonggi Nambu Police Agency who asked not to be identified, citing agency policy.

Coupang apologised to those impacted by the fire and promised to provide lifetime support to the family of the firefighter who died. The company did a thorough investigation and denies allegations that the security guards dismissed any fire warnings, it said in its emailed response to Bloomberg News.

The incident prompted a boycott of Coupang’s services, with daily users of the company’s mobile app falling to about 7.9 million on June 26, down from about 8.6 million on the day of the fire, according to data from South Korean market research firm Mobile Index. The number has since recovered. Coupang said on its earnings call last week that customers who made purchases in the second quarter increased 26% from the previous year to 17 million.

Hyeon-woo Lee, 34, stopped using Coupang after the fire. He had initially been a fan because he thought the company treated workers more fairly, he said. But now Lee questions whether that’s true.

“I was happy with Coupang’s services,” he said. “But if they are inconsiderate of their workers when providing such services, I doubt whether it’s valuable to use them.”

The fire compounded criticism that the convenience Coupang offers, such as guaranteed next-day delivery, is coming at the expense of workers.

The company has kept workloads down for frontline employees even though worker hours in the logistics industry have ballooned, it said in its response. Its frontline workforce work “well under 50 hours per week on average in an industry where 72 hours per week is the norm”, it said. It achieved this by using technology and its nationwide network of more than 100 logistics centers, and by significantly expanding the workforce, it said.

Still, most warehouses don’t have air-conditioning or heating, so employees preparing goods for shipment have to rely on a few fans and air circulators, said Min Byeong-jo, who works at a Coupang fulfillment center outside Seoul and heads a labour union for the company’s warehouse workers. Employees aren’t allowed to bring phones onto the workplace floor, he said.

“We feel like we’re being treated like machines,” Min, 55, said. For Coupang, “products are the most important things,” he said.

Coupang said in response that air conditioners and large fans have been installed according to the situation of each space in its distribution centers. Fulfillment centers across the world, as a common policy, don’t allow the use of personal cellphones on the floor to prevent accidents, it said. Many other businesses, especially manufacturing plants, have some level of restrictions on phone usage in the workplace.

Coupang said it has been at the forefront of creating “a new working environment for the logistics industry”. It said it guarantees shorter working hours, hires frontline workers directly, and offers paid vacations and breaks, as well as benefits.

Coupang’s labour union says nine workers, including two subcontractors, have died due to working at the company since the beginning of last year. Coupang said while the logistics industry in South Korea has had more than 1,300 work-related deaths in the last 10 years, it only had one. It added it has spent US$200mil (RM847.60mil) and hired 600 safety professionals to improve the health and safety environment for its workers.

The one death that has been officially acknowledged as such was that of Jang deuk-jun, 27. He died of a heart attack last October after returning from work at a Coupang fulfillment center in Daegu, a city south of Seoul. An investigation by the Korea Workers’ Compensation & Welfare Service said he died from overwork after clocking more than 62 hours in the week of his death.

A Coupang spokeswoman said that the actual number of hours worked was 48.5, but the government counts nighttime work at a multiple of 1.3 for each hour worked.

The company apologised and offered condolences in a press statement after the government probe. It also promised to provide support for Jang’s family.

But Park Mi-sook, Jang’s mother, said that months after the investigation ended, Coupang hasn’t provided any compensation. In its response to Bloomberg News, Coupang said it has tried several times to communicate directly with Jang’s family to offer condolences and support, without mentioning the family’s reaction. Park said she feels nothing has changed.

“We thought things would be different once we proved our son died because of work,” she said. “We wanted to prove it at all costs. But even now, Coupang hasn’t changed.”

In May, Coupang launched Coupang Care, which it calls the industry’s first paid health promotion programme in South Korea that allows employees with relatively high health indicators such as blood pressure and blood sugar to get as many as four weeks paid time off to focus on their health.

Also under the spotlight was Kim’s resignation as chairman of the board and as a director of Coupang Corp, the South Korean business operation, effective May 31. He remains chairman and chief executive officer of Coupang Inc, the Delaware-incorporated and US-listed parent company.

The move could help Kim avoid accountability under South Korean laws and regulations, according to Seoul National University’s Park.

“Bom Kim in effect controls the company,” he said. “Removing his titles seems like a move to avoid the risk of any punishment.”

Kim’s resignation from the board had been planned for months, the company said. It was a natural step to take as he focuses on Coupang’s global operations, it said.

South Korea’s Fair Trade Commission has also targeted Coupang for unfair trade practices, slapping a fine of 3.3bil won (RM11.84mil) on the company this week. Coupang said it would file a suit against the decision.

To be sure, Coupang isn’t the only rapidly growing e-commerce company facing criticism about worker treatment. Besides complaints by Amazon employees about grueling conditions, food-delivery platform Ele.me, owned by Chinese e-commerce giant Alibaba Group Holding Ltd, also faced a public backlash earlier this year after the death of a delivery driver. And Chinese food-delivery company Meituan came under fire online after several delivery riders were killed or injured while trying to meet strict deadlines.

But that doesn’t absolve Coupang of responsibility to address its issues, according to one South Korean ruling party lawmaker.

“The ‘Coupang crisis’ should end here,” Woo Won-shik said in a statement last month. “It should reconsider its overall corporate culture.” – Bloomberg 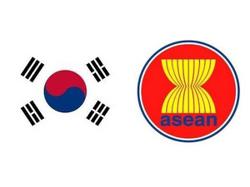