A group of British companies and researchers are working together to commercialise a ceramic-based solid-state battery, which could bring down costs and increase of safety of batteries. — Bloomberg

A consortium of British companies and research organisations are pooling their resources to try to commercialise a design for a solid-state battery.

The design has been developed by the Faraday Institution, an independent UK research organisation focused on energy storage. To build a prototype and prepare for commercialisation, they are joining with the Glencore Plc-backed British battery startup Britishvolt Ltd., Emerson & Renwick Ltd., Johnson Matthey Plc as well as Oxford University, a department of the University of Warwick and the UK Battery Industrialisation Centre.

The companies join a growing field of startups, including the Volkswagen AG-backed QuantumScape Corp., that are trying to crack the challenge of making solid-state batteries in order to unlock the next phase of the electrification of transport.

Solid-state designs could dramatically bring down costs and increase safety of batteries while also allowing electric vehicles to travel farther on a single charge. The higher energy density of solid-state batteries could also accelerate the electrification of larger and heavier vehicles like long-haul trucks that currently rely on fossil fuels.

The design from the Faraday Institution uses thin layers of ceramic as the electrolyte. Peter Bruce, a professor at the University of Oxford who’s leading the research, declined to disclose details of the materials used for commercial reasons. The consortium plans a prototype ready for commercial production by about 2025, Bruce said.

"We’ve made some very encouraging progress,” Bruce said in an interview. "We’ve made some significant inroads into understanding the issues that underpin the problems and how to start addressing them.”

The first phases of the project will be housed at Harwell, a research facility in Oxford, England and will be funded by contributions from the consortium members. Once it moves into its later phase the project will move to the Battery Industrialisation Centre. – Bloomberg

A new battery that runs on... your own sweat 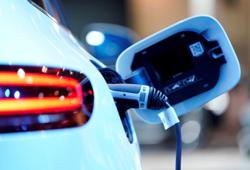