Pantami has issued a directive mandating citizens to link their mobile numbers to their identity numbers by Oct 31, 2021, or risk being blocked from accessing telecommunications services. — Photo by Olumide Bamgbelu on Unsplash

LAGOS: Joining several other countries, including Kenya, Uganda and India, Nigeria's government is in the process of rolling out a digital identity system to enable easier access to public and private services.

But, like those and other digital ID projects around the world, Nigeria’s initiative has been dogged by privacy concerns, with citizens and rights groups saying the country’s lack of data protection leaves their personal information open to abuse.

By October 2020, six years after the government launched a national electronic identity card, less than a quarter of Nigeria’s 200 million people had signed up for a National Identification Number (NIN), according to the agency overseeing the scheme.

Communications minister Isa Ali Pantami has issued a directive mandating citizens to link their mobile numbers to their identity numbers by Oct 31, 2021, or risk being blocked from accessing telecommunications services.

Even this has not convinced everyone, and only about 60 million citizens and legal residents have enrolled for the NIN so far, the National Identity Management Commission said last week.

“I will not link my numbers to my NIN,” human rights activist Aisha Yesufu told the Thomson Reuters Foundation.

“We do not have data protection laws in Nigeria, and my data are not protected,” she said.

Uche Chigbo, acting general manager of the NIMC, said the national identity database is well protected despite the lack of a national data protection law.

“Even I do not have access to the database,” she said at an event on digital identity in Port Harcourt last month.

“For those who have access to the database, there are so many things required for them to have authorisation,” she said.

Missing out on enrolment

The Nigerian government has said the 11-digit NIN is the foundation for a comprehensive digital ID system which will help to tackle insurgency and other crimes.

Including the indirect impact of the fighting, northeast Nigeria’s 12-year conflict with insurgencies had killed nearly 350,000 people as of the end of 2020, the United Nations Development Programme said in June.

NIN enrolment involves the recording of an individual’s demographic data and capturing their fingerprints, photo and digital signature.

The number is required for all transactions requiring identity verification, such as opening a bank account, applying for a driver’s license, voting, getting health insurance, and filing tax returns.

While the NIN is mandatory for both children and adults, the biometrics of children under 12 years old are not captured due to the instability of their fingerprints, Chigbo said at the event.

She noted that the federal government is working with the National Orientation Agency, a government body that ensures the public understands new programmes and policies, to spread the word.

“We do a lot of grassroots outreach, and we partner with... community leaders, religious leaders and market associations to make sure their people enrol,” she added.

The closest thing Nigeria has to a data protection law is the Nigeria Data Protection Regulation (NDPR) created by the National Information Technology Development Agency in 2019.

But because the regulation was not established by the National Assembly, government agencies and the private sector do not recognise it, noted Khadijah El-Usman, a program officer with Paradigm Initiative, a digital rights group based in Lagos.

“NDPR does not have the power to check government agencies that are the greatest harvesters of data,” she said.

Many Nigerians say they fear that an increase in corruption by the government in recent years could put them at greater risk of being targeted if their data is breached.

Chinonso Chime, an IT consultant in Enugu, in southeast Nigeria, said he does not trust the Nigerian government with citizens’ data.

“We may no longer have privacy as the government may end up monitoring our conversations and even sell our data to businessmen and organisations,” he said.

Another country struggling to implement a national digital ID system, Kenya began its rollout in 2019.

Rights groups challenged the process in court, arguing that the scheme violated privacy. The Kenya high court said the government could continue with the rollout if it established regulations to protect citizens’ privacy.

Similarly, Nigerians will be more willing to enrol in the NIN when the government provides a certain level of assurance and data protection, said El-Usman.

“You can’t put something on nothing and expect it to stand,” she said.

“If our digital identity system needs to be strong, we need a law that will protect our data. Our personal data has become life. It can make or break our lives.”

El-Usman said the federal government ought to have established an independent data protection regulator before making it mandatory for Nigerians to enrol for NIN and link it to their mobile numbers.

Edo Civil Society Organisations, a network of nonprofits in Nigeria’s Edo state, took the federal government to court in January 2021, challenging the directive. The suit has not yet been heard.

“Nobody should be forced to do the NIN and (mobile number) linkage because it amounts to the infringement of the rights of citizens,” Osazee Edigin, a spokesperson for the organisation, said in a phone interview.

There are more than 99 million mobile subscribers in Nigeria according to GSMA Intelligence, the research arm of the industry’s trade association.

“Many people will be barred from accessing information, and many businesses will be affected,” she said.

“To block phone numbers without assuring people of their protection is outright wrong.” – Thomson Reuters Foundation 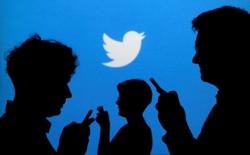 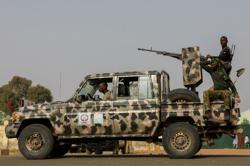