One of the most widely trusted consumer watchdogs in Europe, which ranked paid versions against Google’s free navigation service, found that spending money does not necessarily get you there faster or more smoothly. — Photo by Isaac Mehegan on Unsplash

Holiday fun can quickly end in a family feud if everyone in the car has their own opinion on the right way to get somewhere. But in the age of navigation apps like Google Maps, there should be no excuse.

If you want to find the right way to your destination quickly, you can get good guidance for free. But what about the paid apps?

Stiftung Warentest, one of the most widely trusted consumer watchdogs in Europe, has ranked the paid versions against Google’s free navigation service, putting a total of 17 international solutions to the test.

The key finding was that spending money does not necessarily get you there faster or more smoothly, and two paid apps were ranked just “satisfactory”.

The consumer watchdog, widely influential among German speaking consumers, rated a total of 13 navigation apps, as well as the two classic navigation devices, the TomTom Go Discover 7in (€299/RM1,493) and the Garmin DriveSmart 65 & Digital Traffic (€250/RM1,249). Here, the testers only compared the two most expensive models from the major providers.

The demand for pieces of navigation hardware like this has “dropped significantly” with the growing popularity of smartphone navigation, the watchdog testers say – and we can certainly believe them.

But at a time when Google Maps offers more and more functions for free, how much demand is there really for paid apps, which are sometimes rather pricey?

Testament to TomTom’s enduring appeal and wide variety of apps, this navigation specialist is ranked in the apps category several times and even takes the lead in Android apps with the paid app TomTom Go Navigation.

And yet the ubiquitous Google Maps is still close behind, say the watchdog testers, with almost as many functions and options. A close third in the Android category is the paid app Sygic GPS Navigation.

A major factor differentiating mapping apps is whether or not they will save your maps on the device for offline use. Only some apps like TomTom Go Navigation and Google Maps do this.

While this will eat up your phone’s memory, it will also save you from using mobile data when you’re navigating. Say you’re planning a holiday in a different city or region, then it pays if you can download the map of your destination to avoid paying for extra data, especially if you’re abroad.

Apps like Apple Maps, TomTom AmiGo and Waze, for example, are free on iOS and Android (and rated “good”) but the map material all comes over the Internet and is then loaded for each respective route.

In that case, it’s the other way round: Your storage space remains free, but your data volume will only increase. – dpa 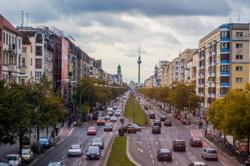 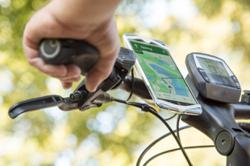