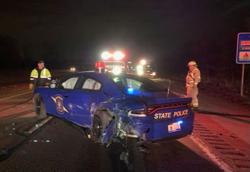 Europe's largest car group Volkswagen is taking on Google and Tesla, working on its own vehicle operating system. — dpa

Google and Tesla may be the current world leaders when it comes to the operating systems used in increasingly smart cars, but Europe's biggest car group wants to change that.

Volkswagen says it wants to take on the dominant US tech giants with the help of its own software division, Cariad, and add its own in-house software to more and more VW Group models.

While many drivers are opting for Google and Tesla-based operating systems, VW has set itself the goal of using its own operating system in around 40 million vehicles by the end of the decade, CEO Herbert Diess said at an annual general meeting on Thursday.

"With Cariad, we want to develop the leading software alternative to Tesla and Google by 2030," Diess said, setting a major software target for Europe's largest car group.

Increasing connectivity, digital services and the expansion of self-programmed systems are focal points in the Wolfsburg-based company's new strategy, along with electromobility.

Diess assumes that autonomous driving will also become an important pillar for VW while its widespread use will also increase road safety.

"Today, most accidents happen because drivers make a mistake, are distracted or overtired. The virtual driver will drive much more safely than any human."

Ethical issues in automated response to accident situations and the development of legal standards, however, still raise questions.

Diess sees the shift towards data-driven business models as crucial for classic car manufacturers to be able to compete with tech corporations, especially from the US and Asia, in the future.

"We are facing the biggest transformation since the switch from horse-drawn carriages to automobiles in the early 20th century," he said. "It is time for us to reinvent ourselves." – dpa