Paris won a major court fight against Airbnb on July 1, 2021 after a court ordered the home-sharing giant to pay a fine of €8mil for allowing over 1,000 listings to flout registration rules. — AFP

PARIS: Airbnb will require Paris landlords to prove their apartments have been registered with city hall starting July 1, its latest move to ease tensions with officials who accuse the home-sharing giant of flouting laws and driving up property prices.

The registrations, required since 2018, aim to make sure that homes in Paris, one of Airbnb's biggest markets, are not rented out more than 120 nights a year and that incomes are declared to tax authorities.

But until now Airbnb was not blocking renters who failed to supply the numbers with their ads – the company argued it should not be responsible for ensuring that users of its site comply with local regulations.

The platform will impose similar rules in Bordeaux on July 30 before extending them to other popular French destinations such as Lyon, Nice and Marseille by the end of the year.

“This new step is part of several commitments by Airbnb to promote responsible tourism,” the company said in a statement.

It said a “large majority” of Paris homeowners already complied with the registration requirement, without providing figures – before the Covid pandemic Airbnb had 65,000 listings for the city.

“It’s a victory,” said Ian Brossat, the city’s deputy mayor in charge of housing, in an interview Thursday with the Parisien newspaper.

He claimed that more than half of the 30,000 Paris listings currently were not displaying registration numbers.

Later Thursday, a Paris court is to rule on a lawsuit filed by Paris in 2019, demanding a fine of €12.5mil (RM61.61mil) against Airbnb, after officials found 1,000 properties listed without registrations.

The suit is backed by French hotel associations who say the American firm’s practices are unfairly siphoning off clients.

Airbnb says Paris represented just 10% of all French searches in May, while searches for rural lodgings for this summer were 45% of the total, up from 24% in summer 2019. – AFP

Opinion: Airbnb took down my negative review – Why? 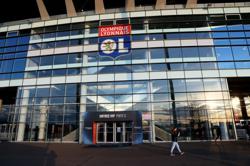 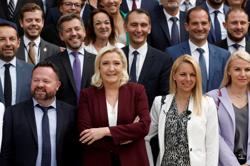