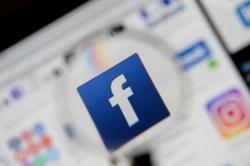 Facebook hasn’t put effective safeguards in place to block sex traffickers because it benefits from advertising to more than two billion users, according to the lawsuits. — AFP

Facebook Inc must face lawsuits filed by three US women claiming they were forced into prostitution as teenagers by abusers who used the social-media site to ensnare girls.

Justice James Blacklock of the Texas Supreme Court said in a ruling Friday the women can sue Facebook under a state law that allows legal action against those who benefit from sex trafficking. But he said they can’t pursue claims under federal law that Facebook failed to warn minors and take measures to block sex trafficking activity on its site.

Facebook hasn’t put effective safeguards in place to block sex traffickers because it benefits from advertising to more than two billion users, according to the lawsuits. The women claim the company won’t use advertising space for public service announcements regarding the dangers of sex trafficking.

Facebook appealed to the Supreme Court after it failed to get the complaints thrown out in district court and the Fourteenth Court of Appeals in Texas. The company argued that it is protected under Section 230 of the US Communications Decency Act, which shields websites from lawsuits over what users post online.

The judge rejected that argument. “The statutory claim for knowingly or intentionally benefiting from participation in a human-trafficking venture is not barred by Section 230,” the judge ruled.

Blacklock sent the case back to the district court for further proceedings and suggested that the Section 230 provisions written in 1996 may be outdated and ripe for Congress to overhaul.

In March, a federal court in Houston ruled that Salesforce.com must face state and federal over sex-trafficking facilitation complaints by several young women who said their pimps repeatedly sold them for sex through Backpage.com classified ads. – Bloomberg

Which social networks are most useful for brands? 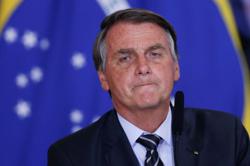