One key addition to Windows 11 seems to undermine the company’s image of openness. Microsoft said it will bundle its Slack-killer, the Teams conferencing and communications software, directly into Windows, accessible with one button on the bottom of a user’s screen. — AFP

Microsoft Corp’s Windows 11, the latest iteration of its 35-year-old personal computer operating system, boasts loads of new of features meant to position the software giant as the polite child in a classroom full of big bad technology bullies. The update also has at least one change that hearkens back to the days of Microsoft’s own anticompetitive behaviour.

At the software’s Thursday debut, Microsoft touted developers’ choices to avoid app commissions, emphasised the ability to use outside app stores to download rival programs, and said it’s offering promotions and financial rewards to small and local news creators. All these points served to let Microsoft shine a light on how it’s different than some of its rivals – Apple Inc, Alphabet Inc’s Google and Facebook Inc.

iPhone maker Apple is fighting off a lawsuit over commissions charged in its App Store, with Microsoft backing plaintiff Epic Games Inc, and Google and Facebook have fought against Australian rules requiring them to compensate creators for news articles appearing on their ubiquitous search and social-media platforms. All three, along with Amazon.com Inc, are under intensifying scrutiny from global regulators over their gargantuan market power.

In criticising competitors in these cases, Microsoft has held up its own behaviour as a contrast – and the new Windows ups the ante. The company’s new Windows Store will let app developers use their own commerce platform, meaning they’ll pay Microsoft no fee, where Apple requires use of its tools and levies a 30% commission on any app that made more than US$1mil (RM4.16mil) in the past year. The new PC operating system also builds in graphical widgets that pull news from the web, with an initial focus on local news providers, and will give readers the option to tip the publication or author for their content.

“Windows isn’t just an operating system – it’s a platform for platform creators. It allows for the brightest of design spaces enabling people to build their own businesses and communities,” said Microsoft chief executive officer Satya Nadella at the Windows virtual event. “Today the world needs a more open platform, one that allows apps to become platforms in their own right.”

But one key addition to Windows 11 seems to undermine the company’s image of openness. Microsoft said it will bundle its Slack-killer, the Teams conferencing and communications software, directly into Windows, accessible with one button on the bottom of a user’s screen. Teams, introduced in 2017, started out years behind popular office-chat upstart Slack Technologies Inc, and has been catching up in recent years partly because the program is already included in Microsoft’s top-selling Office suite of productivity programs like Word and Excel.

The move to integrate a burgeoning product into an established one looks like a throwback to the 1990s, when the software maker built its dominance – and hobbled rivals – by bundling other products into Windows, which came free and pre-installed on almost every PC shipped.

Even as they announced Teams would be built into the new Windows – creating a captive audience of millions of PC users that might otherwise have skipped the product – Microsoft executives on Thursday mentioned their desire to make Windows an open platform multiple times. The framing of Windows 11 is set against the backdrop of increased antitrust activity in the US, including a series of proposed bills introduced in Congress that aim to regulate Apple, Google, Facebook and Amazon – but are murky on whether Microsoft would be covered, too.

In the current regulatory climate, the release of a product as significant as Windows, and with as much market share, has to be viewed through the lens of potential antitrust implications.

While Slack acknowledged that Windows will continue give users options, it also noted that the bundling of Team means that the playing field may not be even. “Choice is better than lock-in, open is better than closed, and fair competition is best of all,” the company said in a statement. “Unfortunately, Microsoft has never seen it that way.”

The bundling is especially notable because Microsoft’s past efforts to integrate its own apps into Windows as a way to compete with rival products formed the basis of a landmark US government antitrust lawsuit against the software maker in the late 1990s. It was a period when Bill Gates’s Microsoft was seen as an evil empire that crushed rivals by relying on Windows’ near-complete control of the PC market.

When Microsoft missed the Internet boom and felt behind the Netscape Navigator browser, the company clawed its way back by creating Internet Explorer and tying it to Windows, while signing licenses with computer makers that restricted competition.

Ultimately, the courts found Microsoft guilty of a related antitrust charge stemming from the browser issue – illegally defending its Windows monopoly – and didn’t settle the question of whether it was acceptable to bundle Internet Explorer into Windows. European regulators did find the tying behaviour to be a violation of its laws.

Some Microsoft executives have said the case and the resulting distraction set the software maker back, causing it to fall behind in emerging markets like mobile computing and search. In recent years, the company has roared back with its cloud-computing businesses and successfully shifted sales of its dominant Office software toward Internet-based versions while expanding into new categories of productivity apps.

At the same time, Nadella, who took over as CEO in 2014, has cleaned up the company’s reputation, boosting the interoperability of its products and striking partnerships with former rivals. Partly because of its rehabbed image, and partly because it lacks strong businesses in some of the areas most in the spotlight like social media, e-commerce and Internet advertising, Microsoft has so far evaded the level of scrutiny given to Apple, Amazon, Google and Facebook.

There are signs that some lawmakers are taking notice of Microsoft’s absence from the list of Tech’s Most Wanted. Less than 24 hours before Microsoft took the wraps off Windows 11, which goes into test next week and will be released later this year, Republican members of the US House Judiciary Committee raised questions about why the software maker appears to be largely exempt from the antitrust bills proposed by their Democratic colleagues. It isn’t clear that Microsoft is exempt – the company has said it expects to be covered by aspects of the legislation, and some of the bills’ authors have provided differing interpretations.

During the hearing on Wednesday, Republican Representative Thomas Massie of Kentucky challenged his colleagues on the committee to explain why Microsoft wouldn’t fall under the measures.

“I’m trying to figure out why one of the biggest offenders, of Big Tech, has mysteriously avoided the scrutiny of this committee and this broad swath of bills that seek to radically rewrite our antitrust law,” Massie said, waving a draft of the bill that he said was shared with Microsoft before it was public. “I’m talking about Microsoft.”

Redmond, Washington-based Microsoft, for its part, said Windows 11 will showcase rival products like those from Slack and Zoom Video Communications Inc, particularly in new features like one that lets users snap multiple apps into a single-screen layout to see several tools at once.

“Any of those apps – Zoom, Slack – they’re going to run great and they can take advantage of all of the new features in Windows 11,” Yusuf Mehdi, a Microsoft vice president, said in an interview. “Our success is predicated on them being able to have success on our platform. If we limit those things, we believe that hurts the opportunity for Windows 11.”

Slack, which is being acquired by Microsoft cloud-computing rival Salesforce.com Inc, already complained to European regulators in July 2020 about Microsoft’s integration of Teams into Office. That prime positioning and Microsoft’s focus on teleconferencing, an area where Slack lagged, put Teams in a strong place when the pandemic forced employees and schoolchildren to connect from home. Teams has more than 145 million daily active users, Microsoft said in April. – Bloomberg

Eleven things you need to know about Windows 11 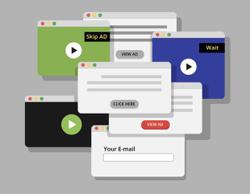 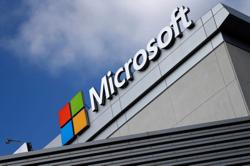