On the road, this vehicle will look like a small sports car, albeit one that can transform into a flying machine in a matter of moments. Already approved for Europe, it is available for pre-order on the manufacturer’s website.

Developed in the Netherlands, the Pal-V Liberty was created in collaboration with Italian design studios. And, according to its makers, it takes no more than two minutes to transform this vehicle into an aircraft.

This vehicle provides unprecedented flexibility, since it can theoretically take off from any runway. On the road, it can travel up to 160 km/h and has a range of over 1,300 km. In the air, its cruising speed can also reach 160 km/h, with flight times reaching an estimated four to five hours.

The Pal-V Liberty runs on unleaded automotive fuel (gasoline). An electric version is currently being studied.

In development since 2012, the Pal-V Liberty could finally come to the market by the end of 2022. The vehicle is now approved for road use in Europe and will soon be approved in the United States and Australia. It is also undergoing aeronautical certification by the European Union Aviation Safety Agency (EASA). Note that the relevant gyrocopter pilot's license will be required to fly the vehicle.

Will we use individual flying capsules for quick trips in tomorrow's cities? 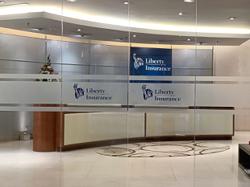