This strange iOS bug can stop your WiFi from working completely: How to keep your iPhone safe 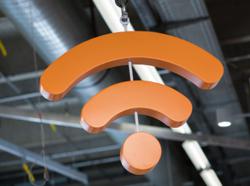 The latest such bug causes a new headache for iPhone users, by cutting them off from WiFi access, if they connect to the wrong network. — Photo by Brett Jordan on Unsplash

Apple’s iOS operating system is considered one of the most reliable and stable experiences on mobile devices, but occasionally, a bug will appear that will break functionality and can even disrupt a users workflow until Apple issues a fix.

The latest such bug causes a new headache for iPhone users, by cutting them off from WiFi access, if they connect to the wrong network. Simply connecting to an odd WiFi hotspot can simply break WiFi connectivity on your iPhone, according to a new report by Bleeping Computer.

According to the report, Schou found that as soon as he connected to the hotspot, he found that the WiFi on his iPhone stopped working. Tapping the toggle to enable WiFi didn’t work – it would automatically turn off.

Meanwhile, even a reboot or modifying his SSID (the human-readable WiFi network name) did not fix the issue. He added that he first tested the experiment on an iPhone XS that was running the older iOS 14.4.2, but Bleeping Computer confirms that the hotspot bug also affected an iPhone running iOS 14.6 as well.

If you’re worried about the bug and how to keep your device safe, it's best to ensure your iPhone connects to known networks. There’s no word on when a fix will arrive, especially considering this bug could simply break functionality on the phone.

As the report suggests, a malicious user could simply set up WiFi hotspots in public areas to trick iOS users into connecting their iPhones to the dummy network and disable their WiFi.

If you somehow get affected by the bug, it turns out that there is a fix available for users.

If your WiFi doesn’t work after connecting to this network, you must had over to your iPhone’s Settings app and tap on General, then tap on Reset. You can then tap the ‘Reset Network Settings’ that will get rid of all the network settings you changed and restore WiFi connectivity to your iPhone.

However, prevention is definitely better than cure, especially when you can avoid having to set up all your network settings all over again. – Hindustan Times, New Delhi/Tribune News Services 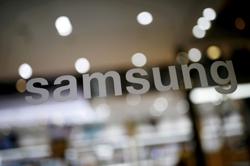