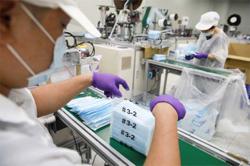 A file photo of the Uber logo on a car in Washington, DC. Neurosurgeons realised that they weren’t doing as many emergency surgeries on Friday and Saturday nights at two o’clock in the morning, ‘probably because of Uber’, said Conner. — AFP

The light bulb moment for neurosurgeons came as they conducted patient rounds one morning in 2017.

“What we realised is that we weren’t doing as many emergency surgeries on Friday and Saturday nights at two o'clock in the morning,” Christopher Conner remembered with a smile from his hospital in the fourth-largest US city of Houston.

“This is probably because of Uber.”

A study of the app-based ride-hailing service by researchers at University of Texas Health Science Center validates the theory and was published June 9 in scientific journal JAMA Surgery.

It shows that use of Uber and similar services in Houston has reduced the number of traffic accident patients at the city’s two main Level 1 trauma hospitals, plunging 20.1% to 1,527 in 2019 from 1,911 in 2007, despite an increase in the population.

On Friday and Saturday nights, the change is even more pronounced, with the number of such patients falling 23.8% since Uber joined the market in February 2014.

Data shows the reduction in number of car crash victims applies to one demographic: people younger than 30, with a 38.9% plunge in cases between 2013 and 2018.

Why? Members of this youthful group are heavy users of Uber and competitor Lyft.

These apps offer an alternative on nights out when partygoers might otherwise get behind the wheel in an impaired state – putting their lives and the lives of others at risk.

“Since MVCs (motor vehicle crashes) are the number one cause of mortality in this age group, increased use of rideshare services plays a role in preventing avoidable injuries,” the study said.

For the 35-year-old Conner, the strength of the study lies in the use of two especially reliable sources of data.

The statistic of 23,491 traffic accident-related admissions at the two trauma centres in Houston dates back to 2007.

Most earlier studies involved “data sets which looked at fatalities”, Conner said. His research included every car accident patient at the hospitals.

“If they only suffered of a dislocated shoulder, they’re getting included. If they have a very severe accident and they unfortunately died, they’re also going to be included,” he said.

The second data set for the study was statistics provided by Uber on more than 24 million trips.

“And because we had that kind of temporal granularity it meant that we could do some very powerful tests.”

The numbers were stable until Uber entered the Houston market. They then fell, especially for cases taking place at the end of the week, with 1,089 convictions for such arrests on Fridays in 2018, or 17.7% fewer than in 2007.

“We knew initially that ride share helped to limit drunk driving,” National President Alex Otte told AFP. “We knew that but it’s really nice to have the data that shows that.”

Houston is a car-centric city due to its low density and large size – 16 times that of Paris – creating difficulties in establishing an efficient public transportation system.

The Uber study will be expanded to other cities. – AFP