The boom in e-sports popularity, is attracting partnership opportunities 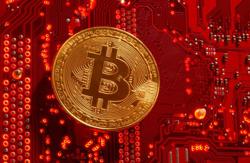 The teams Misfits Gaming and G2 Esports compete in final of the "LCS", the first European division of the video game "League of Legends". — AFP

TeamSoloMid and FTX: you probably have never heard of these two names. And yet, the collaboration between North American e-sports structure TSM and cryptocurrency exchange platform FTX demonstrates the new investment opportunities generated from two booming sectors.

Why not combine two of the fastest growing markets today? On one side, e-sports is a rapidly growing sector counting hundreds of millions of players. On the other side, blockchain is an ecosystem still relatively in its infancy, but full of opportunities for investors.

The North American structure TSM has signed a major partnership with FTX, a cryptocurrency exchange platform. The amount of the deal? US$210mil (RM864.67mil) over 10 years.

An agreement whose first most visible consequence is a name change for organization. TSM thus becomes TSM FTX. This kind of partnership is becoming increasingly frequent in major e-sports structures.

On Twitter, the reactions from the e-sports community have been largely positive. Even basketball player Stephen Curry, star of the Golden State Warriors, dropped a short tweet to support the movement.

Two worlds in the throes of transformation

With the signing of this huge deal, TSM has sent a message of hope to the entire industry. According to the New York Times, the deal is bigger from a financial point of view than the partnership between Barclays Bank and the Brooklyn Nets for the naming of their NBA arena.

And we're talking about one of the flagship franchises of the coming seasons. TSM was already the most valuable e-sports team with an estimated value of more than US$410mil (RM1.68bil) ahead of other renowned structures like G2 Esports and Cloud9.

FTX, for its part, is a cryptocurrency exchange platform that sees an average daily trading volume of about US$14bil (RM57.64bil) every day. It also has its own currency, the FTX Token, which trades at around US$35 (RM144.11)

But the relationship between e-sports and blockchain is not new. This new technology offers players many features such as the use of secure smart contracts for tournaments or an ability to dodge fraud on salary payments.

Blockchain also allows the creation of public, decentralised databases that allow players to know their statistics and to be part of a ranking, a community. In short, blockchain is an essential issue that e-sport needs to continue to grow.

And the teams are well aware of that. Dignitas has partnered with Zytara, a digital crypto platform. G2 Esports, on the other hand, recently entered into a partnership with NFT Bondly, a solution provider.

Before that, G2 Esports had partnered with Hdac Technology, a company that produces blockchain-related tools. Interestingly both TSM and G2 Esports are structures created by self-taught video game personalities.

Their success is due in large part to their efforts to help the e-sports sector and community — which were still rather meagre a few years ago — expand and grow.

These partnerships represent an opportunity for them to develop their brand with substantial financial contributions and to associate themselves with another booming industry. For now, it appears to be a win-win partnership.

TSM intends to use this money for even greater expansion on a worldwide level by opening offices in key market areas. The funds will allow it to offer different games, which are not yet very visible in e-sports competitions and among its community.

The American structure is also in the middle of building a futuristic training center for players at a cost of over US$50mil (RM205.88mil). However, this partnership with FTX is problematic for its two flagship games, "League of Legends" and "Valorant."

A partnership that has consequences

Following the announcement of TSM's partnership with FTX, Riot Games, the publisher of "League of Legends" and "Valorant," outlined that the e-sports team would be forbidden to use FTX in its name in the leagues for those games or on its jerseys during these competitions.

Chris Greeley, Riot Games' head of e-sports in North America and Oceania contacted by DOT Esports explains, "The TSM and FTX sponsorship deal does not break any LCS sponsorship rules, but crypto exchanges fall under a category of sponsorship that carries activation restrictions. As a result, TSM's new naming convention and FTX brand placement on TSM jerseys will not apply to the LCS or other Riot Games esports in North America."

One has to wonder why the parties agreed to a deal that won't be able to be shown on the platform where the team has its largest audience i.e., Riot Games competitions.

While there is no official answer, the deal appears to be a win-win situation. Will other similar deals follow? – AFP/Relaxnews

Get football fever with Fifa