Samsung Electronics Co on Thursday introduced a new mobile image sensor, the industry's smallest pixel size, as the South Korean tech giant eyes to beef up its presence in the non-memory sector.

Its pixel size is 16% smaller than that of a 0.7-micrometre pixel image sensor, which will reduce the height of a camera module by 10%, the company said.

The ISOCELL JN1, which comes at the size of 1/2.76-inches, is equipped with Samsung's latest Isocell 2.0 solution that improves light sensitivity by 16% compared to the previous Isocell Plus technology. It also used Inter-scene HDR technology to deliver a better contrast ratio.

Samsung, the world's largest memory chip supplier, said it applied the Double Super PD solution for the first time for its image sensor with the ISOCELL JN1. It doubles the number of pixels used for autofocus compared to its previous technology for faster phase detection even in low light.

Samsung hopes its latest image sensor solutions can boost its market share and help it catch up with the industry's leader, Sony Corp.

The company held a market share of 29% in the global image sensor market last year, far behind Sony's 46% share, according to market researcher Strategy Analytics. – Bernama 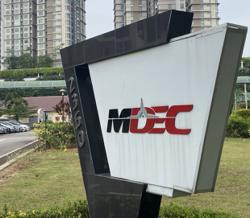