Opinion: Got an idea for a cool app? How big tech can turn it into a data-mining scheme 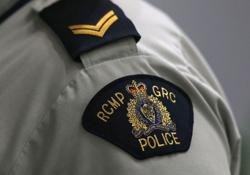 Demanding that tech do better is a long, scary fight. Livelihoods and reputations are at stake. As consumers we must be aware of the dark patterns lurking behind our screens and try to build healthy habits to protect ourselves and one another. — AFP via Getty Images/TNS

I used to work in tech as a user experience (UX) expert. I was a professional nerd.

I’ve worked for firms involved with social media, cybersecurity and ad tech. But you don’t have to work at a tech company to see how what began as a cool idea can morph into what UX circles call a dark pattern: an interface trick to bait-and-switch users into getting what the business wants.

This exact trap once snagged me. And I almost didn’t realise it.

Once upon a time, a programmer and I set out to make a party photo-sharing app. “Wouldn’t it be cool if we could give partygoers an easy way to add to a shared community photo album on the fly – no logins required, just in-person verification?”

As the UX guy, I developed the blueprint for the app experience. My colleague built the prototype. It worked. It was, we declared, a tiny temporary social network for people who were tired of social networks.

We had no answers. Which meant we were at risk of bankrupting ourselves with hosting, storage and bandwidth fees. The Internet, after all, is not abstract. It is wire and electricity and silicon – physical things that cost actual money.

We thought about the usual solutions: ads, subscription fees, donations. But nothing kills a party faster than being hit up for money by your own phone, so we brainstormed other ideas. We had both worked in ad tech and understood the value of data mining tools such as facial recognition, geolocation and pixel tracking across social networks.

Wouldn’t it be cool if our app could clearly define relationships among specific individuals in a particular place? Instead of generic demographics, ours would be data belonging to close friends and family, the people you went to parties with. What advertiser wouldn’t salivate over that?

We explained to our armchair venture capitalist why our data would be the highest quality in the game and he agreed. If it were up to him, he’d throw millions our way, subsidise our storage and development costs and count on the app’s appeal as a high-end, boutique ad data provider to bring in advertising revenue that would turn a profit.

The app, meanwhile, would remain “free”. Wouldn’t that be cool? Or would it?

At my office, all of my coworkers had ad blockers installed on their computers. We worked in advertising tech – the harvesting, refining and selling of potent user data cocktails – and yet we all hated advertising. We were like a bunch of nonsmokers stuck working at Philip Morris. We were at this company because we liked solving problems. We hadn’t considered if those problems were worth solving in the first place.

In company meetings, none of us raised ethical questions, though most of us had them. I certainly was too scared to. Others elsewhere have done this since, and allege retaliation afterward. Amazon warehouse worker Bashir Mohamed spoke out about the challenges of social distancing in his facility during the pandemic – he was later fired as a result of progressive disciplinary actions, according to the company. Google employees complained about abuse, discrimination and subsequent retaliation in an anonymous letter. Ifeoma Ozoma was doxxed and harassed after calling out unfair pay practices at Pinterest.

But isn’t speaking up how we can make tech better for actual humans? Since Mohamed’s complaint, Amazon came under scrutiny by Democratic senators. Ozoma now works to support the Silenced No More Act that would protect whistleblowers from being shut down by corporate nondisclosure agreements. The group Fight for the Future created a platform called Speakout.tech to help tech workers expose unethical behaviour without fear of retaliation.

Demanding that tech do better is a long, scary fight. Livelihoods and reputations are at stake. As consumers we must be aware of the dark patterns lurking behind our screens and try to build healthy habits to protect ourselves and one another.

As for the party photo app – it no longer felt cool. My colleague and I had led ourselves astray, because we’d let that oldest of American dreams – making a fortune while doing nearly nothing, no matter the cost to others – cloud our minds. We abandoned the idea.

A few years later I quit the tech industry. I love tech, I hate tech. I try to limit how much I use my phone – there’s an app for that too and it’s “free”. Don’t ask me how. – Los Angeles Times/Tribune News Service

(David Yoon is co-publisher of the imprint Joy Revolution and bestselling author of several books, including the forthcoming novel Version Zero.)