Previous research has shown Amazon’s search algorithms surface conspiracy theories in the results even when search terms are innocuous. A recent University of Washington study, for instance, found that 10.5% of Amazon.com results for the search term 'vaccine' were anti-vaccination books written by conspiracy theorists, including nearly all of the top results. — Sipa USA/TNS

The report, by the Institute for Strategic Dialogue, adds to a growing body of research on how digital platforms – including Facebook, YouTube and Amazon – can inadvertently inflame conspiracy theories. Previous reports have highlighted how algorithms surface misinformation in search results and news feeds.

Recommendation algorithms, such as Facebook’s suggestions for “Groups you might be interested in”, can help propel the spread of ideologies like white supremacism and vaccine denialism, studies have found.

In a statement, Amazon said its search and recommendation algorithms are agnostic to the viewpoints presented in its results.

“We take concerns from the Institute for Strategic Dialogue seriously and are committed to providing a positive experience for our customers,” Amazon spokesperson Stephany Rochon said in a statement. “Similar to other stores that sell books, we provide our customers with access to a variety of viewpoints and our shopping and discovery tools are not designed to generate results oriented to a specific point of view.”

Well before the rise of social media sites like Facebook and YouTube, Amazon’s consumer marketplace emerged as a target for anti-hate-speech advocates warning that the retailer’s hands-off approach to curating the content in its online bookstore could help hateful ideologies survive and proliferate. Anti-Holocaust groups, for instance, have campaigned nearly since the company’s founding for Amazon to stop selling white supremacist literature.

Amazon refused to do so for more than two decades, arguing that students of history may want to read books like Mein Kampf, for example, to better understand the circumstances that gave rise to the Holocaust. The company partially reversed course last year, banning most editions of Hitler’s opus, then swiftly backtracked. Today, the book is still available for sale on Amazon.

Nazi propaganda, though, is only the tip of the iceberg when it comes to hate speech and harmful misinformation for sale on Amazon, academic research has shown.

Amazon’s marketplace is rife with white supremacist literature, anti-vaccine tomes and books hawking the QAnon conspiracy theory, espoused by some devotees of former US President Donald Trump, positing that leaders of the Democratic Party are paedophiles.

Previous research has shown Amazon’s search algorithms surface conspiracy theories in the results even when search terms are innocuous. A recent University of Washington study, for instance, found that 10.5% of Amazon.com results for the search term “vaccine” were anti-vaccination books written by conspiracy theorists, including nearly all of the top results.

Even viewing those results may be enough to start sucking consumers down a misinformation rabbit hole, the new report from the Institute for Strategic Dialogue suggests. Amazon’s recommendation algorithms – for instance, the part of the page labeled “Customers who viewed this item also viewed” – “cross-propagate” conspiracy theories, according to the report, meaning users who view a book about one conspiracy theory are more likely to see recommendations for books about other conspiracy theories.

So, a customer who visits the page for the pseudoscientific Anyone Who Tells You Vaccines Are Safe And Effective Is Lying, by the widely discredited British commentator Vernon Coleman – one of the top-listed results for “vaccine” in Amazon’s book catalogue – will also see books propounding other unfounded theories, such as:

– The 9/11 terrorist attack was an inside job (no evidence has been found to support this theory);

– Dr Anthony Fauci, the US president’s chief medical adviser, has lied about the cause of AIDS (he has not);

– Disasters including 9/11 and the Covid-19 pandemic were engineered for the purpose of building a global surveillance state (no evidence of this has been found).

“Users who simply follow Amazon’s recommendations when searching for information on vaccines could, in the space of a handful of clicks, end up perusing books on Covid-19, the New World Order or QAnon conspiracy theories,” the Institute for Strategic Dialogue report concludes. “Amazon’s recommendation algorithms drive users deeper into conspiratorial content, and cross-pollinate conspiracy theories.” – dpa 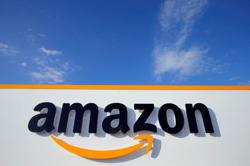