By Mark Gurman and Malathi Nayak 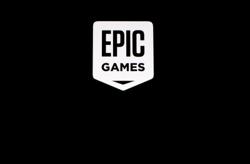 In his testimony Monday as Apple’s first witness in federal court in Oakland, California, Schiller was called on by his company’s lawyers to exhaustively defend store policies Epic attacked during the first two weeks that Rogers has been hearing evidence without a jury. — Bloomberg

About 47,600 games are featured on Apple Inc’s App Store under the same “freemium” model used by Fortnite, according to court testimony from a senior executive at the iPhone maker, signalling that the outcome of a lawsuit brought by Epic Games Inc could have broad ramifications for other game developers.

Phil Schiller, Apple Fellow and former senior vice president of worldwide marketing, disclosed Monday that 17% of the 280,000 games on the App Store are classified as freemium, meaning the games are free to download but include in-app paid upgrades. That’s the category of game Fortnite is in. The ongoing trial stems from Apple’s removal of Fortnite from the App Store after Epic tried to replace Apple’s in-app-purchase system – which takes a cut up to 30% – with its own in-house payment solution.

Epic sued Apple last year amid a backlash against the technology giant – with billions of dollars in revenue on the line – from global regulators and some app developers who say its standard App Store fee of 30% and other policies are unjust and self-serving.

In his testimony Monday as Apple’s first witness in federal court in Oakland, California, Schiller was called on by his company’s lawyers to exhaustively defend store policies Epic attacked during the first two weeks that US District Judge Yvonne Gonzalez Rogers has been hearing evidence without a jury.

On the central issue of whether Apple’s developer fees are excessive, Schiller testified that he supported going even further than the company did in November when it announced a new programme offering a reduced 15% commission for small businesses earning up to US$1mil (RM4.13mil) a year. He said he got pushback from the company’s anti-fraud team over concerns about money laundering.

Epic’s lawyers previously highlighted a 2011 email in which Schiller floated the possibility of eventually lowering Apple’s App Store cuts to fellow executive Eddy Cue. “Do we think our 70/30 split will last forever?,” Schiller wrote. “One thought,” he said, would be to adjust the fees once the App Store reached US$1bil (RM4.13bil) per year in profit.

Under friendly questioning from a lawyer for Apple, Schiller said that email was sent while he forwarded a Wall Street Journal article at the time about competition to app stores from web app store creation and distribution through the HTML5 programming language. He was spurring conversation about his “thought that there will be future competitors to the App store and we should always be looking for them and thinking longer term about what we may want to do”, he said.

Apple’s lawyer also asked Schiller about a promotional email received from Epic shortly after he signed up for Fortnite that included information on how gamers could play the game on other platforms, including gaming consoles.

That prompted the judge to revisit a question she had last week about an App Store rule that blocks developers from including a link or other information in their apps to steer users away from the store to buy virtual goods elsewhere online at a discounted rate.

Gonzalez Rogers asked Schiller if Apple would be open to allowing developers to notify users that they can buy lower-priced virtual goods through a web browser. “What if it said, if you go to Fortnite on your PC, you can buy V-Bucks at a cheaper rate?” she asked referring to in-game currency in Fortnite. Schiller said that’s not an issue.

Apple has argued that the benefit consumers get from its privacy and security features, including malware protection, overshadow Epic’s antitrust claims. In that vein, Schiller said the creation of the App Store was a response to developers loading problematic software on iPhones.

“We were very concerned that this would create very unreliable, unstable devices and this is was our way to quickly say, ‘Hold on, just wait, we are going to address this and give you something safe and reliable to use’.”

Schiller tried to stamp out allegations aired by Lori Wright, Microsoft’s gaming, media and entertainment vice president, when she appeared as Epic’s witness earlier in the trial. She claimed Apple wouldn’t allow her company to launch a a Netflix-like iOS app for its XCloud gaming service that would be a one-stop shop for mobile games. Wright had said Apple’s condition for approving the XCloud app would have had users download each game individually.

“Even if the games are streaming from Microsoft’s cloud,” a user should still be able to find them, see what the privacy policy is, and be able to run parental controls if they wish to, Schiller said. Apple thought that was the “right thing” for customers, he said.

The judge then jumped in.

“How is this different now from Netflix?” Gonzalez Rogers asked. Netflix is a video app so Apple only vets its features but not the content it provides, Schiller said. XCloud does “much more than videos”.

Moreover, the App Store is not a movie store but an “apps and games store”, he said. “When you’re bringing games in a different way it no longer works as a game store and we think there is a difference there,” he said. – Bloomberg

Apple and Microsoft’s rivalry had cooled, but now it’s back and getting testier