By Debby Wu and Mark Gurman

Apple's next gen iPad Pro continues to be delayed as the new Liquid Retina XDR display proves difficult for its production partners to produce in larger quantities. — Bloomberg

The latest iPad Pro officially goes on sale in about a week but buyers may not be able to get their hands on one until deep into July. Delivery dates for pre-orders already stretch into late June to early July.

The primary issue: producing the 12.9-inch model’s new MiniLED screen has so far proved challenging. Bloomberg News reported in April, before the device was announced, that the new device is facing supply constraints because of complexities surrounding the nascent technology.

For a company that takes pride in its supply chain expertise, such wait times are a rarity. The Cupertino, California-based tech giant unveiled the new iPad Pro range in April. The new screen, called the Liquid Retina XDR display, on the priciest versions is touted as producing truer-to-life colors and a brighter picture.

The 11-inch model, which continues to use a more standard screen, is still arriving on doorsteps between late May and early June, according to checks of Apple’s online store. An Apple spokeswoman declined to comment.

Long wait times for iPad Pros with the more advanced screen shipments began to stack up when the device went on sale for pre-orders last month, and the continued production issues have kept delivery times into July.

During its most recent earnings earnings, Apple executives said the company expects to miss out on as much as US$4bil (RM16.50bil) in revenue in the current quarter due to a combination of "very, very high” demand and "semiconductor shortages that are affecting many industries.”

The iPad is once again a growing product in Apple’s portfolio as consumers turn to remote work and learning models and rely on personal electronics for essential tasks more than ever. The device generated US$7.8bil (RM32.18bil) for Apple last quarter, the most for that part of the year since 2013. – Bloomberg 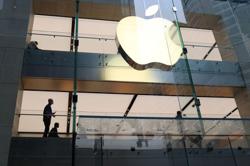 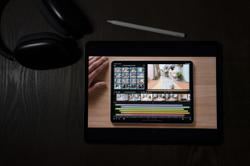